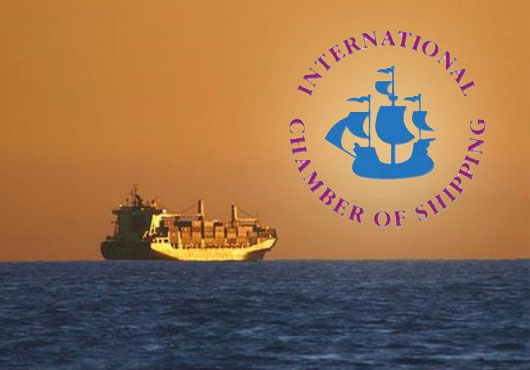 The global trade association for shipowners, the International Chamber of Shipping (ICS), says that a unilateral decision by the European Union to incorporate international shipping into its regional Emissions Trading System (ETS) will polarise and impede current discussions on additional CO2 reduction measures at the UN International Maritime Organization (IMO).

“Non-EU nations will be disappointed and very concerned by yesterday’s vote in the European Parliament Environment Committee following IMO’s adoption just a few weeks ago of a comprehensive road map for action,” said ICS Director of Policy and External Relations, Simon Bennett.

“But we hope that EU governments and the European Commission will see sense and recognise that threats to their trading partners will not serve the development of the global solution which both they and the shipping industry want and need.”

Mr Bennett continued: “ICS is confident that IMO Member States, most of which are developing nations, will adopt a CO2 reduction strategy in 2018 that will include ambitious CO2 reduction goals and the development of a mechanism for delivery. But threats of EU unilateral action will do nothing to help this complex process.”

ICS says that emissions trading, which has been developed primarily for industries such as power generation and cement and steel production, is completely inappropriate for international shipping which mostly comprises SMEs typically operating less than 10 ships.

“The EU ETS has been an abject failure. Its unilateral application to global shipping would create market distortion while generating trade disputes with China and other Asian nations, as happened when the EU tried unsuccessfully to impose its ETS on international aviation,” said Mr Bennett.

The position of ICS is that if IMO Member States should decide to apply a market based measure for CO2 reduction to international shipping, the preference of the industry would be for a global fuel levy.

ICS says that shipping fully accepts responsibility for reducing its CO2 and building on the 10 per cent reduction already achieved by the sector during the last five-year period for which IMO data is available (2007-2012).

But ICS asserts that if IMO decides to develop a fuel levy, this would require the full support of developing nations which are worried about the potential impact on trade and economic development.

“Even if market based measures are found necessary to achieve the objectives which IMO sets for the sector, threatening non-EU partners with unilateral action is not going to help them to overcome their legitimate concerns. The only forum in which to have this debate is at IMO,” said Mr Bennett.

ICS is working closely with the European Community Shipowners’ Associations (ECSA) to persuade the plenary of the European Parliament, as well as EU Member States and the European Commission, to reject the EP Environment Committee’s report.

The plenary of the European Parliament is expected to vote on the Committee’s report in early 2017.
Source: ICS