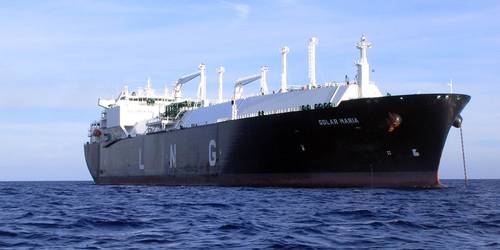 Golar GenPower, a joint venture between LNG Power Limited (UK), a standalone non-recourse subsidiary of Golar LNG Limited and GenPower Participações S.A., announced that it has signed a framework agreement for the supply of LNG to the natural gas fired power generation project it is developing in the Brazilian state of Sergipe.

Golar GenPower and ExxonMobil Titan LNG Limited (“ExxonMobil”) have agreed heads of terms covering the supply of LNG to the approximately 1,500MW Porto de Sergipe project. The agreement also establishes a framework for LNG to be supplied exclusively from ExxonMobil for expansion phases and other projects that Golar GenPower is pursuing in Brazil. The LNG supply is conditional on execution of a fully termed LNG Sale and Purchase Agreement (“SPA”). Golar GenPower intends to bid at the upcoming 2016 Leilao A-5 Power Auction.

This framework agreement is a significant step towards a positive final investment decision on the Porto de Sergipe project which Golar GenPower hope will be the first of several Brazilian opportunities jointly delivered over the coming years.