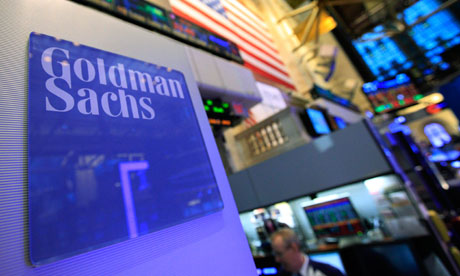 Goldman Sachs cut its 2021 Brent crude price forecast but said a surge in COVID-19 cases in Europe and the U.S. only represented a “speed bump” before a potential vaccine and continued supply cuts by top producers tightened market fundamentals.

A year-end supply surplus, forecast at about 1 million barrels per day (bpd) in December, and an uncertain demand outlook would prompt the Organization of the Petroleum Exporting Countries (OPEC) and allies including Russia to delay a planned output rise in January by three months, the bank said in a note dated Monday.

This would bring the oil market back to a “shallow” 0.9 million bpd deficit in the first quarter of next year, Goldman said.

“As a result, we expect Brent prices to resume their rally in the first quarter of 2021,” it said, forecasting an average Brent price of $47/bbl over the three months, compared with $51/bbl previously.

It added the “winter speed bump” would simply delay prices returning to $65/bbl from the autumn of 2021 to early 2022.

The outcome of the U.S. election would also not prevent prices rising, Goldman said, reasoning that a Joe Biden administration “will be able to introduce stricter environmental regulations leading to a structural rise in shale costs.”

A Republican senate would also not be able to block a new U.S.-Iran nuclear agreement, eventually leading to a near full return of Iranian output by 2022, it added.

Oil prices rose on Tuesday as hopes that a COVID-19 vaccine could be on the horizon outweighed the expected negative impact on fuel demand of new lockdowns to curb the virus.