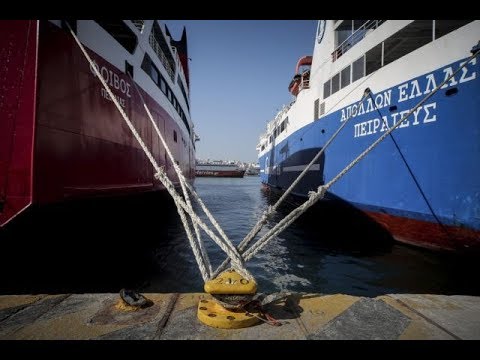 The situation on Samothraki, with the ferry connection to the island in the northern Aegean cut off for 12 days earlier this month, brought to light the myriad problems afflicting Greek ports.

Crumbling infrastructure, insufficient lighting, and the need for dredging to accommodating newer, bigger ships are just three of the problems that currently afflict at least 77 ports in Greece. And they do not just concern small, off-the-beaten-track ports, but some of the country’s most important, such as the islands of Santorini, Mykonos, Aegina and Hydra.

“We pray when we enter the ports,” a ship captain told Kathimerini. “Samothraki is just one of the many ticking time bombs in the Greek seas.”

The Hellenic Association of Merchant Marine Captains had warned authorities about the urgent need to upgrade Greek ports in March 2018. It was 11 months before it received a response from the head of the General Secretariat of Ports, Port Policy and Maritime Investments. The response did not comprise a response to the urgent warning but rather spoke in general terms of the need to coordinate various state agencies “in order to achieve the modernization and upgrade of the country’s port infrastructure in the framework of implementing the national port policies and to improve port services,” before declaring that the secretariat “does not have the authority to implement port infrastructure projects.”

The state’s inaction puts passengers, including numerous tourists, at risk of being stranded on a remote island, as occurred on Samothraki, and even worse. Some ports’ infrastructure is so old that it is impossible for vehicles to safely disembark from ferries. The irony is that there is a lot of money available for infrastructure improvements: The European Union, Greece’s own Public Investment Program and the Domestic Security Fund have over a billion euros earmarked for such purposes. But up until the middle of 2019 Greece had only used 30 million of EU funds, while the investment program had up until recently only been partially implemented in order to help create the big budget surpluses agreed with Greece’s creditors.