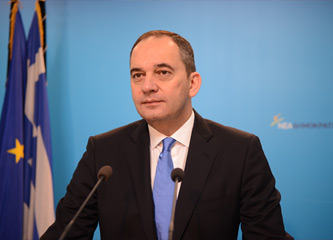 Plakiotakis has been a Member of the Hellenic Parliament (MP) for Lasithi since 2004. He has also served as interim party president in 2015. In October 2007, Plakiotakis was appointed as a Deputy Minister for National Defence. In 2015, he was the secretary of the New Democracy parliamentary group.

Mitsotakis – who won a general election on Sunday by a landslide – decided to maintain the Shipping ministry’s stand-alone identity, thus signifying the importance of the sector to the new administration.

Twenty-one of the Cabinet members are not elected Parliament deputies, while only six of the 51 are women.

The cabinet is to be sworn in at on Tuesday and have its first session at 11 a.m. on Wednesday.