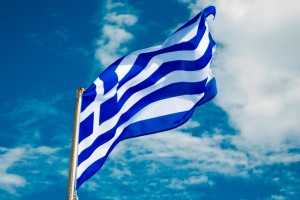 Powerful German Finance Minister Wolfgang Schaeuble again raised eyebrows in official Athens over the weekend with a very high-profile interview given to an Athens daily, where among others, he repeated criticism of the current Tsipras government over the tax regime enjoyed by Greek shipowners and shipping interests.

Schaeuble’s previous critique of the tax regime for Greek shipping generated sharp reactions by representatives of one of the most important and robust sectors of the Greek economy, which along with tourism, comprises the healthiest and most growth-oriented industries in the still bailout-dependent country.

“I recently reminded that Mr. (Alexis) Tsipras’ political party before the election promised to abolish privileges for shipowners. The (current) government did not do this for its own reasons. It’s their decision and Parliament’s to protect shipowners, but implement cutbacks elsewhere,” Schaeube was quoted by the Athens daily “Ta Nea” in its Saturday edition.

The German FinMin’s statements coincide with an trend by German shipping interests to increasingly rely on Chinese bank financing.

According to the head of the Greek Union of Shipowners, Theodore Veniamis, as well as other top Greek shipowners, the threat to European shipping doesn’t stem from the tax regime offered by the Greek state but from the cut-throat competition at all levels faced by European interests, especially by competitors in the Far East.

Schaeuble’s comments regarding Greek shipping also coincided with a decision by German banks to stop selling vessels, as ship values are now at their lowest levels in recent memory. As such, vessel sales entail massive losses in banks’ red column.

According to reports, several German banks have been particularly hard hit by the ongoing crisis in ocean-going shipping, with one repercussion being the collapse of the KG financing scheme, which is based on private investment capital.

Well-known banks, such as HSH Nordbank, were among the last to sell-off vessels seized for outstanding loan arrears by their owners, with a bevy of Greek shipping companies among the buyers.

One of the last reported sales was recorded by HSH Norbank with the Karatzas Marine Advisors company. The latter purchased two vessels (CPO Japan and CPO Korea) via the Tufton Oceanic fund in London for 36 million USD.