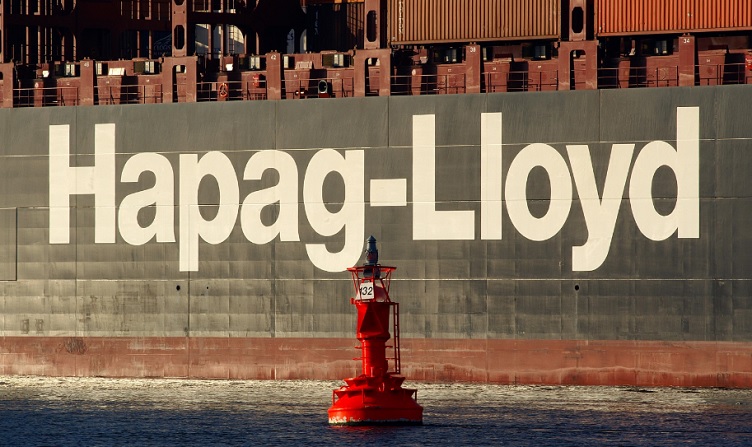 “After the year got off to a decent start, transport volumes significantly declined in the second quarter as a result of the COVID-19 pandemic. We benefitted from the sudden drop in bunker prices, adjusted capacity to lower demand and took additional cost-cutting measures as part of our Performance Safeguarding Program. On the whole, we have a good first half year behind us despite the coronavirus crisis,” said Rolf Habben Jansen, Chief Executive Officer of Hapag-Lloyd AG.

Revenues in the first half year of 2020 stood at approximately USD 7.0 billion (EUR 6.4 billion), less than 1 percent below the prior-year level. This can primarily be attributed to the fact that transport volumes decreased by approximately 4 percent, to roughly 5.8 million TEU. While transport volumes were still slightly increased in the first quarter, the second quarter saw a decline of roughly 11% compared to the prior-year period as a result of the pandemic. The average freight rate in H1 2020 slightly improved to USD 1,104 USD/TEU.

Transport expenses were around 4 percent below the comparable figure for the previous year. An average bunker price of USD 448 per tonne, which is approximately 4 percent higher than it was in the prior-year period owing to the introduction of the IMO 2020 fuel regulation, was offset by positive effects from a volume-related decline in transport expenses and active cost management resulting from the PSP measures. In addition, the sharply declining bunker prices in the second quarter had a positive impact on Hapag-Lloyd’s earnings.

The free cash flow was once again very positive, at USD 1.2 billion (EUR 1.1 billion). The liquidity reserve was significantly increased in the first half of the year as active measures were taken to further strengthen the liquidity position as part of the Performance Safeguarding Program, and it stood at approximately USD 1.9 billion (EUR 1.7 billion) at the end of June.

Rolf Habben Jansen: “Thanks to the wide range of measures we have introduced in recent months, we are still on track. Our focus will remain on the safety and health of our employees, but naturally also on safeguarding the supply chains of our customers worldwide. We will continue to advance our Performance Safeguarding Program and to implement our Strategy 2023. While doing so, we will keep a close eye on the future course of the COVID-19 pandemic and flexibly react to market changes. On the whole, the pandemic is and will remain a major source of uncertainty for the entire logistics industry.”

Looking ahead, the results forecast remains unchanged. For the current financial year, Hapag-Lloyd expects an EBITDA of EUR 1.7 to 2.2 billion and an EBIT of EUR 0.5 to 1.0 billion. Given the COVID-19 pandemic and the economic repercussions it has had in many parts of the world, the forecast will remain subject to considerable uncertainty. In addition to the development of transport volumes, the development of freight rates and a further potential increase in bunker prices, in particular, should have a significant impact on Hapag-Lloyd’s results in the second half of the 2020 financial year.