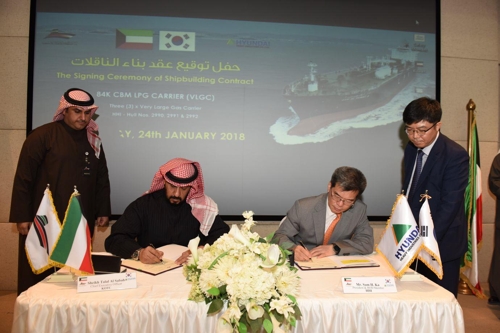 In the order placed by the Kuwait Oil Tanker Co. on Wednesday, Hyundai Heavy will build three very large gas carriers at its shipyard in Ulsan, about 410 kilometers southeast of Seoul, the company said in a statement.

The gas carriers will be gradually delivered to the state-run Kuwaiti company starting in 2019, it said.

Hyundai Heavy has 260 ships valued at $20 billion in order backlog, which will make its shipyards busy for the coming year.