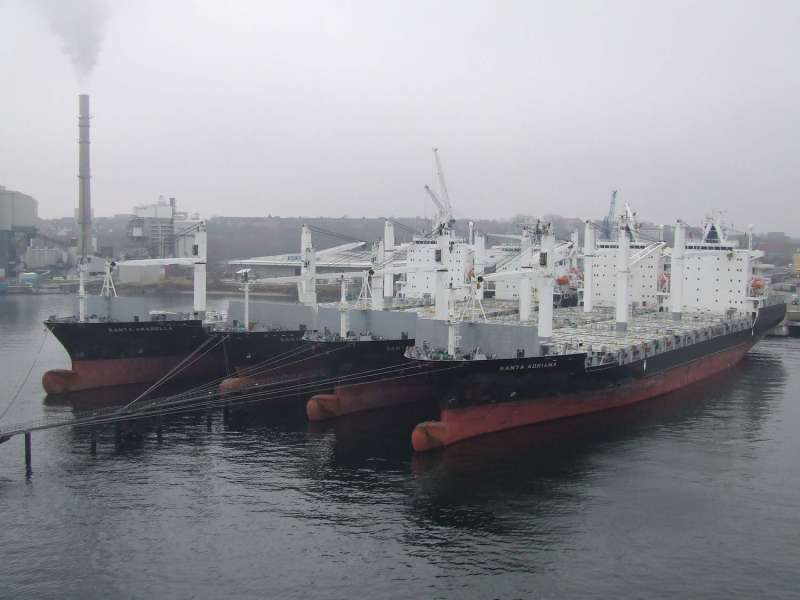 A perfect storm of radical capacity cuts by carriers and US president Donald Trump’s threat to hike tariffs on Chinese goods could see many more containerships laid-up, according to Alphaliner.

Last week, The Loadstar reported shipping association BIMCO’s warning that over a quarter of container trade on the transpacific could be at risk from the escalating US-China tit-for-tat trade war.

The latest data from Alphaliner, based on a survey on 3 September, records 143 idled ships, for 408,283 teu representing 1.8% of the total global cellular fleet.

It said: “Idled numbers are expected to rise in the coming weeks due to service cancellations for the winter slack season.”

Alphaliner noted that that the service cuts announced so far were “significantly more severe” than those in 2017.

The 2M alliance partners, Maersk Line and MSC, are “temporarily suspending” their AE2/Swan Asia-North Europe loop, with the last sailing from China on 22 September. The 11 vessels deployed on the loop – eight by MSC and three by Maersk – have an average capacity of 19,250 teu and will need to find alternative employment for the indefinite suspension.

Later, Maersk told customers it would blank the AE2 service “one week prior to the already announced cancellations”.

Alphaliner suggests the ULCVs could be deployed on other Asia to Europe strings, replacing smaller tonnage, which will face a period of lay-up.

These surplus large ships and the impact of the delivery of more newbuild ULCVs appears to be the primary source for the expected big spike in idled capacity.

In general, with the exception of the very smallest box tonnage, under 1,000 teu, where demand is weak due to economies of scale, the charter market in the smaller sectors remains robust. And panamax container vessels are still much in demand.

One Hamburg broker told The Loadstar this week he had fixed a 4,250 teu ship for a six-month charter, with a six-month option, for just shy of $14,000 a day.

“The market in the smaller sizes is strong,” he said, “these hire rates are not much less than we can get for ships twice the size.”

This was confirmed by Alphaliner, which said: “Charter rates for VLCS and LCS [large container ships] units are particularly unimpressive, being in some cases, hardly any higher than what substantially smaller classic panamaxes can currently obtain.”

It continued: “The [charter] market outlook is uncertain. Despite sustained cargo volumes on many routes, the overall operating environment remains challenging for carriers.”

It added that continued operating losses suffered by many carriers would “inevitably result in more service restructurings”, which Alphaliner said would “affect the demand for tonnage, at least for certain ship sizes”.

Nonetheless, with hurricanes and typhoons disrupting carriers’ schedules, Alphaliner notes that the “ill wind” is providing a fillip for containership owners as lines need to charter extra tonnage to fill the gaps left by delayed vessels.