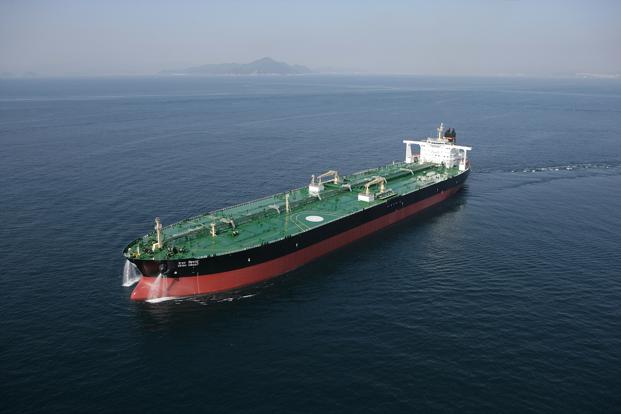 The International Maritime Organization’s low-sulfur regulation for shipping fuel is shaping up to become one of the biggest shocks to ripple through the oil complex, one which could cause price spikes, change in trade flows and hit every sector that consumes petroleum fuels or uses seaborne trade.

The disruptive influence of the marine regulation will be far reaching, much beyond the shipping sector, as industries and entire economies get caught up in a wave of unintended consequences, industry executives said at the S&P Global Platts Asia Pacific Petroleum Conference in Singapore this week.

“In my 35 years in Shell and 25 years in trading I don’t think I’ve seen anything quite like what we’re seeing right now,” Mark Quartermain, vice president of trading and supply for crude at Shell Trading said.

The global sulfur cap of 0.5% on marine fuels will come into effect on January 1, 2020, but a stalemate between the shipping and refinery industries means that there is no certainty on the availability of fuel with the right specifications when the time comes.

Market participants are factoring in a window of disruption after January 1, 2020, ranging from a few months to years, prompting fears of gasoline and diesel shortages, high fuel costs, hoarding of transportation fuels and even sustained high crude oil prices.

“To us it seems that the market is not fully prepared for IMO 2020,” Tor Martin Anfinnsen, Senior Vice President, Marketing and Trading, Equinor, told the conference, adding that he was personally concerned about diesel supply and diesel prices.

“We expect that the IMO [regulation] will increase market volatility, spreads and trade flows for some time,” Anfinnsen added.

Views among oil market analysts have diverged widely. Some equated the potential impact on the distillates segment to the last financial crisis, when China-driven diesel demand sent crude to nearly $120/b, while others like Citigroup’s Ed Morse maintain that the impact on the flat price will be muted but will create several winners and losers in the supply chain.

IMO 2020 will be one of the most disruptive changes to ever affect the refining and shipping industries with a global impact in excess of $1 trillion over five years and implications for all sectors in the energy space as well as many other industries, Chris Midgley, head of S&P Global Platts Analytics, said.

IMO 2020 is re-pricing much of the oil complex, reflected in the forward curves of crude and product quality differentials, Daniel Jaeggi, President & Co-Founder of Mercuria Energy Trading, said. He said this fundamentally represents the global move towards higher fuel quality at a higher price point.

The most obvious shift in trade flows will be for fuel oil, as demand for high sulfur fuel oil collapses and middle distillates rises.

“New trade flows may also emerge for the residual HSFO not destroyed or scrubbed, which will have to find some new outlets, either in cokers or spare capacities, or in power plants switching back from gas or coal to HSFO,” Waymel said.

Ibrahim Al-Buainain, President and chief executive of Aramco Trading said Saudi Arabia, which is net short of fuel oil and gets nearly 40% of its electricity generation from oil, said the country will benefit from any surplus in fuel oil.

Despite substitution with natural gas, Saudi Arabia has been an attractive destination for fuel oil arbitrage cargoes from Europe, especially in peak summer. Other countries that use fuel oil in power generation include Pakistan, Bangladesh and Philippines.

Diesel trade flows will also be impacted, but are trickier to predict. That’s because Asia has traditionally been the key supplier of diesel, with large Middle Eastern and Asian refineries supplying cargoes to Europe.

Asia is strategically advantaged as the world’s source for cheap diesel, but IMO 2020 could mean that Asia ends up competing for these molecules going forward, Zoe Anderson, Head of Market Analysis, Integrated Supply & Trading at BP, said.

“So there are going to be a lot of changes in trade flows and cracks for fuel oil and gasoil,” Anderson said.

“Light sweet crude will be more demanded, especially by the less upgraded refineries. And heavy sour grades will certainly have to find their way to the most complex refineries,” Total’s Waymel said.

The shift in crude flows will impact refineries. Citigroup expects Asian refineries like Reliance Industries, Formosa Petro and Sinopec to benefit as they have a medium to heavy sour crude diet, but those in Thailand and Australia will suffer as light sweet crudes attract higher premiums.

While many Asian refiners could benefit from IMO 2020 as they have a high yield of middle distillates, some like the ones in Thailand have a high percentage of light Murban crude in their diet, and Murban crude premiums are expected to be high due to IMO 2020, according to Citigroup.

The price impact on emerging economies remains the bigger concern. “If you’ve got high energy costs, high inflation and weak growth, IMO 2020 is an even bigger issue as emerging economies could be headed for tougher times,” Ben Luckock, Co-Head of Oil Trading, Trafigura, said.

“So I think we have to see how it plays out because what happens in the next six months is very much going to affect the fuel prices beyond that,” Luckock added.