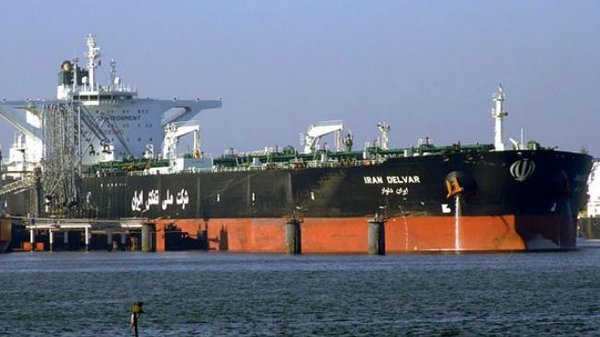 Major global shipping insurance companies are in talks with the US government seeking exemption from sanctions to be able to adequately cover cargoes of Iranian crude and oil products, senior industry officials said.

The multi-billion dollar insurance industry that covers ships and cargoes linked to Iran is proving to be a non-starter because most of the companies that deal with reinsurance are based in the US.

“Behind-the-scenes discussions are on with the OFAC and the US State Department and we have made some recommendations to get around this problem,” a senior executive of the International Group of P&I Clubs said.

OFAC is the Office of Foreign Assets Control at the US Department of Treasury that also publishes the list of Specially Designated nationals and Blocked Persons or SDN with whom financial transactions and business dealings are prohibited.

The pool of 13 major protection and indemnity clubs is called the International Group of P&I Clubs and it dominates the insurance of the global shipping industry.

Either the whole structure of reinsurance needs to be exempted from the US sanctions against Iran or licenses need to be given to specific companies to ensure that cargoes of Iranian crude and oil products and the ships carrying them get appropriate reinsurance cover, the executive said.

Until a general or specific license for re-insurers is provided, the IG of P&I clubs suggested to the OFAC that fall-back insurance be permitted to bridge any shortfall that may arise in claims involving trade with Iran, sources said.

However, the vast majority of “primary sanctions” applicable to US citizens and companies domiciled in the US still remains in effect and they are prohibited from doing business with Iran.

“These are early days in the lifting of sanctions and no one wants to be on the wrong foot because they cannot afford to be losing their business in the US,” Peter Sand, chief shipping analyst of the Baltic and International Maritime Council, or Bimco, said.

Sanctions have only been suspended, not permanently withdrawn, he pointed out.

Ships are not willing to call at Iranian ports because P&I clubs cannot give full coverage, a Tokyo-based chartering executive with a global commodities trading company said.

“Reinsurance is the problem. Whenever P&I clubs send the insurance to the reinsurers, they say that Iran related underwriting cannot be done,” he said.

As a result the arrangement followed during the sanctions era for dealing with shipments from Iran is yet to changed, sources said.

“A lion’s share of the cover provided to a shipowner is through reinsurance that runs into billions of dollars,” the IG of P&I Clubs executive said.

Insurance companies say that this can impact the ability of even non-US reinsurers to pay a claim if they are affiliated with a US-based parent company that comes under the purview of US sanctions.

It could result in a significant shortfall in recovery of claims for ships trading anywhere in the world, for example if one of them was to collide with an Iranian owner’s ship, sources said.

Fundamental issues remain but the insurance industry is still hopeful of a solution because last month US granted an exemption to the American P&I Club allowing it to provide cover to shipments of crude and oil products from Iran.

The American Club cover is now available to non-US members provided the trade does not involve transactions with Iranian SDNs.

In the meantime, insurance companies are reluctant to deal with Iran related businesses.

“We still avoid trade with Iran unless there is really a need because the devil is in the details but to be fair to our clients we will cover the product delivered at only the Iranian port and only dealing with the shipper who is our client, provided there is clearance from our compliance team,” Said Khan, regional head of cargo at Beazley, said on the sidelines of the Asia Pacific Maritime Insurance Conference held on Wednesday and Thursday.

There are also challenges related to banking because of the prevailing American sanctions and the continued ban on US dollar trade on Iran, Khan said.

“A lot of our clients are cargo importers and inquiring about coverage for crude coming from Iran, but being a US company, it will be a challenge for us and same will be the case with other US entities as well,” said Alex Gordon, an assistant vice president for marine at Liberty International Underwriters, which provides coverage to refineries and feedstock in countries such as Thailand.

He said the company’s regional head office in Sydney was directly affiliated with the US company but one option could be to underwrite cargoes linked to Iran from the London office.

“We do cover cargoes to or from Iran but only after going through our compliance team to ensure that there was no breach of international law,” a Singapore-based cargo underwriting executive with a global insurance company said.

Beazley’s Khan cited the example of Myanmar, where though international sanctions have been eased, but a recently elected vice president is still on the SDN list and hence trade with any company linked to him will be illegal.