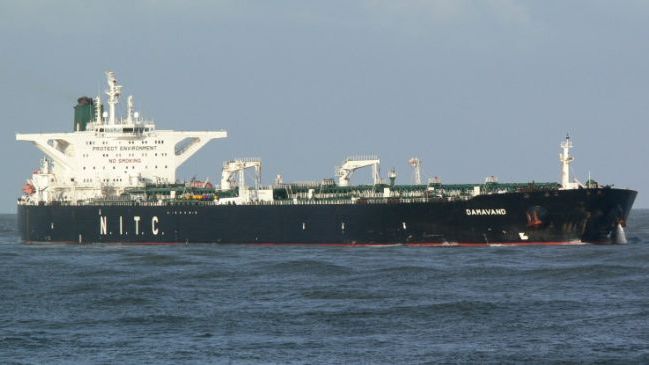 Iran loaded its first cargo of oil aboard tankers to Europe since international sanctions ended, signaling more supplies will add to the global glut of crude.

A tanker for France’s Total SA was being loaded at Kharg Port while vessels chartered for Chinese and Spanish companies were due to arrive later Sunday, an Iranian oil ministry official said. A tanker hired by a Russian company hadn’t arrived, and was still expected, the official said. The official didn’t identify the companies that had hired the other three tankers and didn’t name the vessels. 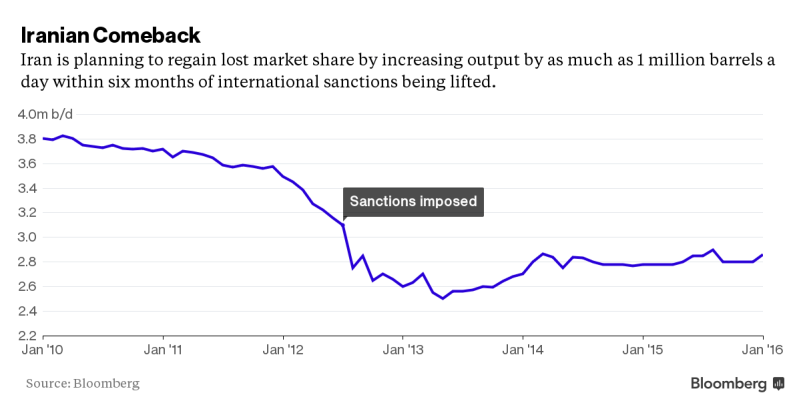 The Suezmax vessel Distya Akula, chartered by Lukoil PJSC’s trading unit Litasco, departed Iran’s loading terminal at Kharg Island in the Persian Gulf and was located Saturday in the Gulf of Oman off the east coast of the United Arab Emirates, according to ship tracking data compiled by Bloomberg. Suezmaxes can hold 1 million barrels of oil. The draft of the Distya Akula vessel in the water indicated it is full, according to the data.

Iran is planning three initial shipments to Europe carrying 4 million barrels of oil with 2 million barrels going to Total and the rest to companies from Spain and Russia, Roknoddin Javadi, managing director of National Iranian Oil Co., said on Saturday, according to the Iranian oil ministry’s news service Shana.

Total, Spanish refiner Compania Espanola de Petroleos and Russia’s Lukoil PJSC all booked cargoes of Iranian crude to sail from Kharg Island to European ports, according to shipping reports compiled by Bloomberg earlier this month. The vessels included one very large crude carrier, a tanker capable of carrying 2 million barrels of crude, and two smaller Suezmax-sized vessels with capacity of about 1 million barrels each.

Total chartered the VLCC Atlantas, Spain’s Cepsa booked the Suezmax Monte Toledo and Litasco booked the Distya Akula, according to fixture data compiled by Bloomberg. The Atlantas is scheduled to head for European ports, the Monte Toledo for Spain and the Distya Akula for Constantza, Romania, the data show. No one answered a phone call to Litasco’s office in Geneva on Sunday.

“The loading operation of the three tankers at Kharg terminals will be done within 48 hours,” Pirouz Mousavi, managing director of Iran Oil Terminals Co., told semi-official Mehr news agency on Sunday. The company hasn’t loaded tankers for Europe in four years because of sanctions, he said.