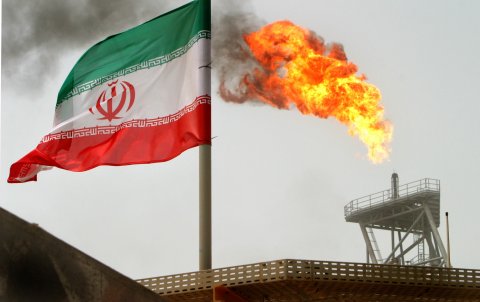 Iran could quickly export millions of barrels of oil it is holding in storage if it reaches a deal with the United States on its nuclear programme and has been moving oil into place to prepare for an eventual restart, four traders and industrial sources said.

The U.S. and Iran began in mid-June their sixth round of indirect talks on reviving a 2015 nuclear deal that former U.S. President Donald Trump pulled out of in 2018. Trump reimposed sanctions on Iran’s energy sector, leading refiners in many countries to shun Iranian crude and forcing Tehran to pump well below capacity.

Iran sits on the world’s fourth-largest oil reserves and relies heavily on oil revenues. If and when the administration of U.S. President Joe Biden and the Iranian government agree a deal that results in the lifting of sanctions, Iran plans to increase output to 3.8 million barrels per day (bpd) from the current 2.1 million bpd, according to oil ministry officials.

That would return the country’s production level to where it was before the sanctions, but would take time because of years of low investment in mature oilfields and heavily reduced output.

As a stopgap measure while it works on boosting production, the National Iranian Oil Company (NIOC) is expected to export from onshore and offshore storage that contains as much as 200 million barrel, according to energy consultancy and monitoring firms.

This could allow the country to export an extra 1 million bpd, or 1% of global supply, for more than six months.

“Iran will be using its nearly 60 million barrels of crude inventory, of which 30-35 million barrels are built during the past two years, within a few months of sanctions removal,” said Iman Nasseri, managing director for the Middle East with FGE consultancy.

An increase of 1 million bpd of Iranian crude would put downward pressure on benchmark global oil prices, but investment bank Goldman Sachs said last month that the global oil market should be able to absorb the additional supply relatively quickly.

Fuel demand is rising as global economic activity recovers from the impact of the COVID-19 pandemic, and OPEC producers and their allies have been cautious about increasing supply to the market in part to avoid a shock should Iranian supply return.

“From a macro perspective, a return of Iranian barrels to the market should not derail OPEC+ intentions to gradually increase production as long as demand in Europe and the United States continues to recover,” said Florian Thaler, the CEO and co-founder of consultancy OilX.

PREPARING FOR AN EXPORT RESTART

Iran has boosted the volume of crude it has stored on oil tankers in recent months, according to data intelligence firm Kpler, in what may be a preparation for a restart to exports. Some of those tankers are already in Asia, historically the biggest market for Iran’s oil.

“We currently estimate around 78 million barrels of oil and condensate are stored on water and this compares against only 41 million barrels at the same time last year,” said Homayoun Falakshahi, a senior analyst at Kpler.

“A lot of tankers are already parked close to East Asian markets, so it could be a question of days,” he added.

Iran reduced exports to China in April and May and pumped more into storage, perhaps with the aim of selling it at a higher price when sanctions are lifted, a senior Chinese trader said.

Iranian oil in floating storage stood at between 50 million and 60 million barrels according to estimates from consultancies FGE, IHS Markit and OilX.

FGE and OilX said most of Iranian floating storage was condensate, a preferred feedstock for petrochemical plants in China, South Korea and the United Arab Emirates.

According to FGE, Iran has around 120 million barrels of crude and condensate in on-land storage, almost one third of it in overseas storage facilities, mainly in China.

Two Western trade sources said there was between 20 to 30 million barrels of storage space in that region of China earmarked for Iranian oil.

A handful of mostly privately controlled Chinese companies which have stepped into the market over the past two years have been leasing up land storage in the eastern province of Shandong – China’s hub for independent refineries- and northeast China’s Liaoning province, said a Chinese trader close to some of these firms. At least 13 million barrels of storage space are dedicated to storing Iranian oil, the trader estimated.

Expecting a deal in coming weeks or months, NIOC’s marketing division has been in contact with historical customers.

At least one European refiner has held in-depth discussions with NIOC on resuming purchases and Indian refiners say they plan to reduce spot purchases to make way for Iranian contract barrels.

Chinese and Indian firms, and European consumers such as Saras, Eni and Repsol are expected to show interest in Iranian barrels, according to Falakshahi.

Iranian officials are optimistic they can increase production quickly, and one senior Iranian oil ministry official said earlier this month that most output could be restored within a month. Observers expect it will take a little more time.