Iran threatens to close the Strait of Hormuz

06 May 2016
by ShippingHerald Headlines, Shipping News, The Wire, Top Stories 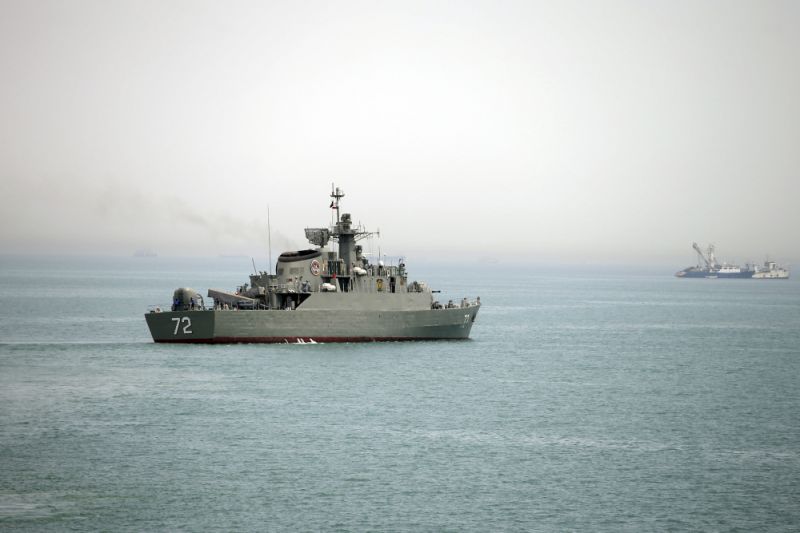 Iran has threatened to close the vital Strait of Hormuz to the United States and its allies if they threaten the regime in Tehran.

The Strait of Hormuz is a key pinchpoint at the eastern end of the Persian Gulf and a third of all oil traded by sea is said to pass through it.

Last summer Iran agreed a deal with the US and five other world powers to scale down its controversial nuclear programme in return for the lifting of crushing economic sanctions.

But the rapprochement with Washington seems to be in danger already with the belligerent remarks of a key Revolutionary Guard commander.

He is believed to have been referring to the humiliating capture in January this year of 10 US Navy sailors who accidentally entered Iranian waters.

The sailors were released within 24 hours but only after Iranian state TV aired footage of them on their knees with their hands on their heads.

Gen Salami said: ‘If the Americans and their regional allies want to pass through the Strait of Hormuz and threaten us, we will not allow any entry.

‘Americans cannot make safe any part of the world.’

Ayatollah Khamenei criticised US activities in the Persian Gulf.

Kuwait, Bahrain, Qatar, Saudi Arabia, Iraq and the United Arab Emirates all rely on the Strait of Hormuz to export oil by tanker to Europe and the Far East.

Lieutenant Rick Chernitzer, a spokesman for the US Navy’s 5th Fleet in Bahrain, said: ‘We continue to operate in accordance with professional maritime standards and international law’ in the region.

He said: ‘We remain thoughtful, vigilant and responsible mariners as we conduct our operations here. We do, however, reserve the inherent right to self-defence.’

The two countries have clashed heads before in the Gulf.

In April 1988 they fought a one-day naval battle after the frigate USS Samuel B Roberts was almost sunk by an Iranian mine during the Iran-Iraq war.

Three later the USS Vincennes shot down an Iranian airliner heading to Dubai, killing all 290 civilians on board, after mistaking it for an Iranian fighter jet.

US Congressman Randy Forbes was even criticised this week by Iran over a resolution in Congress which referred to the Arabian Gulf, rather than the Persian Gulf.