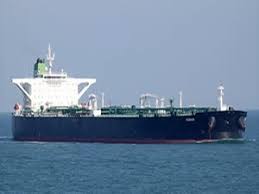 The shipment marks the latest example of cooperation between the two OPEC nations this year as they step up commercial ties to try to rescue their respective oil industries, both of which are under intense pressure from U.S. sanctions.

The very-large crude carrier (VLCC), registered in shipping databases under the name Horse, discharged 2.1 million barrels of Iranian condensate to be used as diluent for Venezuela’s extra heavy oil production in September.

It then loaded Merey heavy crude, Venezuela’s flagship grade, for export under a deal between state-run oil companies Petroleos de Venezuela and National Iran Oil Company (NIOC), according to a PDVSA source.

PDVSA referred to the vessel as the “Master Honey” in its internal export schedules, seen by Reuters.

The vessel arrived in Venezuela and loaded crude without transmitting its location, as required under international shipping law in most cases, until about 2 a.m. (0600 GMT) on Friday, the Refinitiv Eikon vessel-tracking data showed.

PDVSA did not respond to a request for comment. Its export schedules did not list the cargo’s destination cargo.

Many oil tankers have changed their names and even their managing companies after visiting Venezuelan ports this year to avoid U.S. sanctions, according to public shipping registries and Refinitiv Eikon data.

The United States has sanctioned PDVSA as part of a series of measures to try to oust Venezuelan President Nicolas Maduro. It has imposed sanctions on Iran’s oil industry to try to thwart the country’s nuclear program.