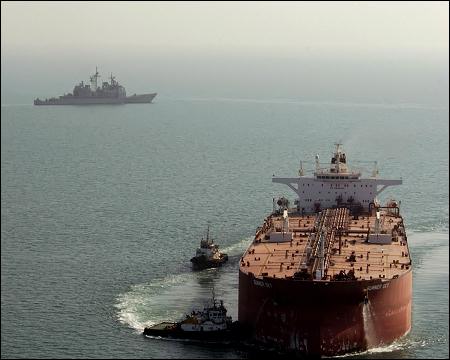 Kurdistan has been exporting crude independently via Turkey since mid-2015 after saying Baghdad had failed to respect an oil revenue-sharing deal and transfer enough money to Erbil.

Baghdad, which exports most of its oil from the Gulf, has said Erbil was not exporting enough crude under the deal.

Last week SOMO sent market participants a letter – seen by saying it would no longer allow the ships Maran Centaurus, Four Smile and SN Olivia, which had been shipping Kurdish oil, to enter Iraqi ports or export its crude.

Baghdad has regularly sent such letters in the past. It had refrained from doing so in recent months as it was preparing for new talks on revenue-sharing with Kurdistan and had resumed shipping crude from the northern Kirkuk fields to Kurdistan.

SOMO did not immediately respond to a request for comment on the latest letter.

The semi-autonomous region exports around 500,000 barrels per day (bpd) of its own crude from the Turkish Mediterranean port of Ceyhan. Baghdad’s shipments to Kurdistan of Kirkuk crude, which it restarted earlier this month, have been only half the previously supplied 180,000 bpd.

Baghdad said last week it could divert the Kirkuk crude to Iran by truck instead of sending it to Kurdistan via pipeline if the talks on revenue-sharing broke down.

The move may further undermine Kurdistan, whose funds have been sapped by its fight against Islamic State militants. The region’s oil exports do not cover its budget needs.

Diverting oil to Iran could also damage the unity of Iraqi Kurdistan, which had been counting on additional crude from Kirkuk.

The only way SOMO could truck oil to Iran would be through the central Kurdish region of Suleimaniya, controlled by the Patriotic Union of Kurdistan, a rival of the Kurdistan Democratic Party of Kurdish President Masoud Barzani in Erbil.

“The move could be very divisive for the Kurds but also it could set a precedent for other political parties in Iraq to demand their own oil,” a government source in Erbil said.

Sending crude to Iran would also involve significantly higher trucking costs – estimated at up to $20 per barrel – than sending oil by pipeline to the Mediterranean, thus further reducing revenues from oil exports.