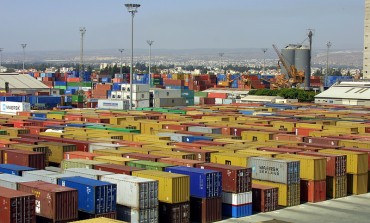 The Transport ministry announced last weekend that the evaluation process of the bids submitted for the commercialisation of Limassol port has been concluded, with more information to be announced on Thursday.

Ten companies and joint ventures had expressed interest and submitted bids for the port’s commercialisation and all were informed of the fate of their proposals on Friday.

The government had invited bids for the Container Terminal, Marine Services, and the Multipurpose Terminal.

The three winning bidders have been given 48 hours to confirm their offers so that negotiations can begin with the transport ministry team.

Bids were evaluated chiefly on their viability as well as financial returns to the government.

According to daily Politis, which cited unnamed government sources, the three contracts were awarded to three separate companies.

The Container and Multipurpose terminal contracts are for operations for 25 years, while the Marine Services contract is for 15 years.

On January 21, the Transport ministry announced receipt of 14 bids for the commercialisation of Limassol Port, as some of the 10 bidders had expressed interest in more than one contract.

Six proposals were received for the Container Terminal, three for the Marine Services and five for the Multipurpose Terminal, the ministry had said.

“We are very satisfied both by the number of participants and the quality of operators that submitted bids,” the transport ministry’s permanent secretary Alecos Michaelides said.

“They are financially sound companies, internationally recognised for their experience in operating similar terminals and services. Our vision is to transform Limassol Port into a gateway to development for the future”.

Among the bidders were global multinationals Cosco Pacific of China, Philippines-based ICTSI, and Dubai-based DP World.

One of the three is likely to be awarded one of the contracts, Politis claimed.

Meanwhile, the ministry is drafting the regulations it plans to submit to the cabinet for approval on Thursday.

The regulations are expected to define the date of commencement of the contracts, the government assets to be operated by the private companies, and the compensation thereof.

Once approved by the cabinet, the regulations will be taken to parliament for discussion and approval.
Once the procedure has been concluded, the contracts can be signed.

The transport ministry is hopeful that pen can be put to paper by March, but this will largely depend on how soon parliament can discuss the regulations and vote them through.