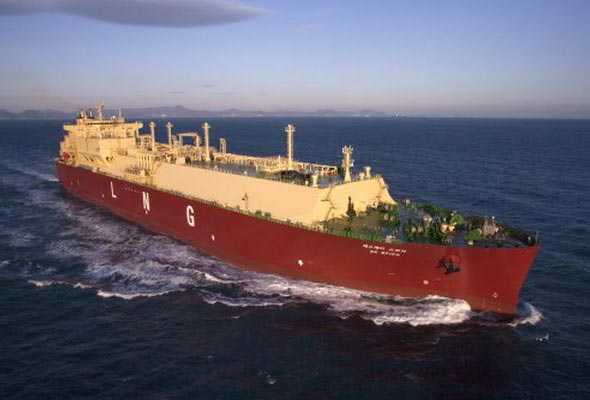 At least five laden liquefied natural gas (LNG) tankers changed course from Europe to Asia and a rising number of other tankers were being used as floating storage following a spike in Asian LNG prices in the past week, trade sources said.

While there may be specific reasons for the re-routing of individual cargoes, the diversion of so many tankers at the same time indicated a long market, meaning sellers were holding positions in the expectation of higher prices, the sources said.

Spot Asian LNG prices jumped last week after a rise in European gas prices and extended gains this week following on from the oil price spike due to the attacks on Saudi Arabia’s oil facilities.

The price for LNG delivered to Asia in the second half of October grew to around $5.70 per million British thermal units (mmBtu) this week, over a $1.00 rise from two weeks ago. November delivery traded above $6.00/mmBtu this week.

European LNG price benchmarks, Dutch gas for October and November deliveries, were trading at around $4.10/mmBtu and $5.64/mmBtu, respectively, on Thursday.

Four of the tankers that changed direction are carrying cargoes from the United States, while one is sourced from Nigeria, Refinitiv vessel ship tracking data shows.

Energy Liberty, chartered by Japan’s Tokyo Gas, had been signalling Barcelona as a destination but changed course last week and is now heading to Japan, where hot weather has increased gas demand in the past month.

Methane Alison Victoria made a U-turn from Europe towards the Cape of Good Hope after loading in Nigeria last week and is likely to go to Asia.

Cheniere’s Yari LNG sailed towards Cape of Good Hope this week too, having loaded a cargo in the U.S. three weeks ago, headed to Europe, then waited near Gibraltar for ten days.

Diamond Gas Sakura loaded a U.S. Cameron LNG cargo in mid-August and was first expected to go to Gibraltar but is now heading to the Indian Ocean, having paused near the Panama Canal.

Gaslog Saratoga, chartered by trading house Gunvor, was going to Italy, before changing route late last week and is now heading to Pakistan, where Gunvor won two delivery slots for October delivery in a recent tender.

Some of the tankers are sailing quickly, implying sellers made quick decisions and were now in a hurry to deliver. But others, like Diamond Gas Sakura, may still have no exact destination and are simply being slowly moved to Asia where prices increased, one LNG trader said.