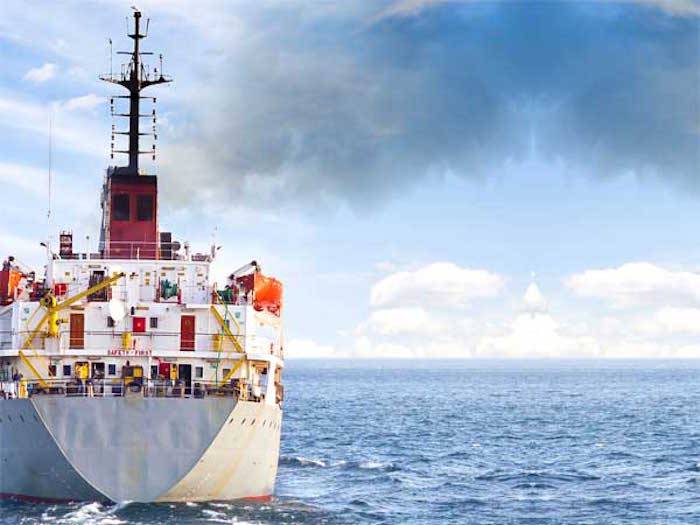 Shipping companies will have to upgrade their vessels well in time to adhere to the upcoming global sulfur emission norms to avoid losing their classification and insurance cover, underwriters and insurers said recently.

The new global sulfur emission cap of 0.5%, stipulated by the International Maritime Organization, will be enforced from 2020 while the compliance in their respective jurisdictions will be the responsibility of the member countries. The current cap is 3.5%.

Implementation of the revised stringent standards has ramifications for not only the global merchant fleet of over 85,000 ships in particular but for the maritime industry at large, including insurance, classification, finance and credit.

“Non-compliance with class regulations may ultimately lead to suspension of class, which in turn [can] have an impact on the insurance policies,” a Singapore-based executive at a global marine insurance company said.

Classification societies or class are nongovernmental organizations establishing and maintaining through inspections, the standards for the construction and operation of ships.

Typically, a ship has to be “in class” and registered with a flag to be eligible for an insurance cover.

“The ship has to be class approved in order to get an insurance cover” and therefore the retrofitting and upgrading of engines will be important, said a senior Belgium-based executive at a western P&I Club that covers protection and indemnity.

He pointed out that such upgrading will be necessitated for the continuation of the insurance cover for hull and machinery, or H&M, and would not have direct implication for P&I cover. Maritime insurance categories include P&I, H&M, war risk and kidnap and ransom. Other insurance industry officials are quick to argue that to be “in class” is a pre-condition for all types of insurance.

Classification societies will be carrying on inspections to ensure that the ships’ machinery are in consonance with the IMO regulations.

On their part, the insurance companies will seek certification that the standards have been adhered, which is automatic in case the ship retains its “class approved” status, sources said.

Nevertheless, maritime insurance companies have the option to do random inspections or straw polls to ensure everything is in order, including the class status, the executive in Belgium said.

Ships cannot be in breach of regulations or in prejudice of the insurance cover, he said.

Maritime insurance executives said this is important because the companies do not want to end up settling claims for ships which are not even eligible for sailing in the post-2020 emissions regime.

While retaining the class approval and insurance cover is a challenge shipowners are bracing for, potential claims’ related payouts can be a cause of concern for insurers. To be sure, the sulfur emissions do not come under the insurance norms but change in engines or installation of scrubbers to reduce them can lead to damage to the insured H&M.

The adjustment to engines and advancement in technology always means there is an inherent risk that things can initially go wrong, the same Singapore-based executive at a global marine insurance company said. This can translate into claims under insurance covers but there are unlikely to be changes required in the policies themselves, he said.

If serious and sustained claims occur, then insurers may subsequently react to the trend, he added without elaborating.

Although at this stage, it is difficult to quantify the insurance-related impact of the new sulfur emission regulations, sources said insurers will feel the pinch if the claims are of high value.

“As property insurers, we need to assess what is the impact of the safety of the new vessels as systems will be installed,” Lars Lange, secretary general of the International Union of Marine Insurance told S&P Global Platts on the sidelines of a conference last month.

Compliant technology will be costly and older ships are likely to be recycled or scrapped paving the way for a new fleet, he said, adding that the efficacy of many new systems is still unknown.

But a large fleet could still need to be retrofitted, he said, adding that this could also lead to more claims as older ships may have to make modifications to install new technology.

The new challenge to the insurance industry comes at a time when the frequency of major casualties involving shipping vessels is on the rise and increased for the second successive year in 2016, according to IUMI data.

The main causes of the total losses until 2015 were related to weather but the frequency of losses caused by running aground or machinery damage are now increasing faster than any other reason, an IUMI statement said last month.

In recent years, a glut in supply of ships has dragged down freight rates, reducing the ability of owners to take insurance covers. As a result, insurance premiums have declined, eroding the earnings of underwriters.

A sample study done by international shipping brokerage and research company Clarksons, estimates global shipping operating expenditure in 2016 hit a record of over $100 billion, with marine insurance estimated at $4.6 billion and an additional $3.4 billion in P&I.

A common refrain among the insurance executives is that the new regulations are creating a “perfect storm” like situation, as maintenance costs for shipowners will rise, as will the expenses and risks associated with the training of crew in handling cleaner marine fuels such as LNG and low sulfur fuel oil.