27 May 2022
by ShippingHerald Finance & Economy, Headlines, The Wire, Top Stories 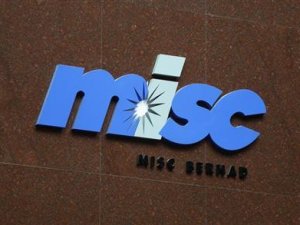 Datuk Yee Yang Chien, MISC’s President/Group Chief Executive Officer, said, “MISC’s strong first quarter financial results for 2022 is a testament to the disciplined execution of our strategies, our resilience and ability to sustain the momentum of growth across the Group. This sets us firmly on the progressive path towards ensuring the successful execution and delivery of our ongoing projects as we continue to navigate the challenging macroeconomic environment.”

Datuk Yee added, “Our journey forward in the coming years will be guided by two parallel growth strategies, namely the rolling five-year strategy that is based on the business-as-usual portfolio, as well as the longer-term strategy of MISC 2050 which focuses on identifying new business opportunities to be added to our present business portfolio. While our current portfolio of long-term contracts provide stability to drive our growth, through MISC 2050, we are committed to strategically define our role in a future that is being shaped by the global energy transition and the shift towards circular economy. Moving energy to build a better world is not just an aspiration to us at MISC, it is our purpose.”

Group revenue for the quarter ended 31 March 2022 of RM2,867.6 million was 12.9% higher than the corresponding quarter’s revenue of RM2,540.9 million contributed by higher revenue from all segments. The Petroleum & Product Shipping segment contributed higher revenue mainly from higher freight rates in the mid-sized tanker segment while the Offshore Business segment recorded an increase in revenue following improved project progress in this quarter for conversion of a Floating, Production, Storage and Offloading unit (“FPSO”). The Gas Assets & Solutions segment also reported higher revenue mainly from charter commencement of three Very Large Ethane Carriers (“VLEC”) since the end of the corresponding quarter. Higher activities for on-going Heavy Engineering projects and increased dry-docking activities in the Marine sub-segment contributed to the higher revenue in the Marine & Heavy Engineering segment in the current quarter.

Group operating profit for the quarter ended 31 March 2022 of RM516.9 million was 11.4% higher than the corresponding quarter’s profit of RM463.8 million mainly contributed by the Gas Assets & Solutions and Marine & Heavy Engineering segments. Gas Assets & Solutions segment recorded higher operating profit mainly from higher revenue as mentioned above coupled with lower vessel operating costs in the current quarter. The Marine & Heavy Engineering segment recorded an operating profit in the current quarter compared to a loss in the corresponding quarter mainly from higher revenue as mentioned above and the segment was impacted by additional costs provisions for on-going Heavy Engineering projects in the corresponding quarter. However, the increase in operating profit was partially offset by lower operating profit recorded in the Offshore Business segment mainly due to increase in construction costs of an FPSO mainly arising from the global supply chain issue and recent lockdowns in parts of China which affected the movement of project personnel, goods and services as well as from engineering, procurement and construction activities.

The Group recorded cash flows generated from operating activities of RM461.6 million for the quarter ended 31 March 2022, which included cash payments of RM687.5 million for the construction of an FPSO in the current quarter. Excluding the said payments, the Group generated an operating cash flow of RM1,149.1 million, which is higher by 31.5% compared to RM873.8 million recorded in the corresponding quarter mainly due to higher operating performance as well as improved collection of receivables.

In the LNG shipping market, spot rates have marginally improved in March as compared to January 2022 due to higher LNG imports by European countries seeking to reduce reliance on Russian piped gas arising from the Russia-Ukraine war. In the short term, LNG imports in the European region are expected to increase as concerns over gas supplies, cold weather forecasts and reduced wind-based generation are expected to persist. Europe’s aim to diversify away from Russian gas is also expected to support an even more positive LNG project sanctioning environment in coming years with many export projects mainly in the US advancing significantly in recent months. Meanwhile, the operating income of the Gas Assets and Solutions segment continues to remain stable, supported by its existing portfolio of long-term charters as it pursues available growth opportunities in the market.

The petroleum shipping market remained muted prior to the rise in geopolitical tensions at the end of February this year. In the short-term, the tanker market is likely to be supported by changes in crude oil trade patterns due to the ongoing Russia-Ukraine conflict, which has resulted in shifts to longer-haul routes. However, there remain notable downside risks from trends in the global economy particularly from lockdowns in China which will further undermine Chinese crude imports. Notwithstanding this, the Petroleum & Product Shipping segment continues to focus on rejuvenation of its eco-friendly tankers fleet and on building long-term secured income via its niche shuttle tanker business.

The outlook for the upstream oil and gas sector continues to be positive as oil prices stay elevated and with increasing global demand for oil amid a gradual return to more normal activity levels. Consequently, demand for FPSOs is expected to remain healthy despite lingering economic uncertainty, lockdowns in parts of China and supply chain concerns. Notwithstanding the anticipated increase in activity levels, the Offshore Business segment continues to focus on the execution of the FPSO project in hand. For the time being, the segment’s financial performance is supported by its existing portfolio of long-term contracts.

The Marine and Heavy Engineering segment remains vigilant on the outlook of its Heavy Engineering sub-segment, as the timing of oil majors’ capital spending remains uncertain with high prevailing steel prices. Meanwhile, the Marine sub-segment is expected to gradually recover in 2022. With the reopening of international borders and removal of compulsory quarantine requirements, the entry of technical experts is no longer restrictive, hence increasing the likelihood of projects to be secured from foreign clients. Additionally, the reimposition of lockdowns in China would be advantageous as clients seek dry-docking alternatives elsewhere. Notwithstanding this, the segment remains cautiously optimistic as it continues to pursue opportunities to replenish its order book and will prioritise on improving profitability whilst ensuring safe and timely execution of ongoing projects.