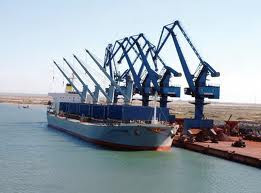 Ports in Guangxi in southern China and Jingtang port have halted custom declarations for all coal imports effective Monday, close on the heels of similar curbs at a northern port, stoking fears of wider restrictions for imported coal, market sources said Thursday.

Authorities in Pingguo county in Guangxi province issued a notice to temporarily halt the import process for all seaborne coal as the import volume was reaching a cap, sources added.

Ports at Qinzhou, Fangcheng and Beihai in Guangxi are said to be affected. Qinzhou and Fangcheng are two major thermal coal ports in the province.

End-users, however, are still allowed to negotiate for custom clearance based on individual shipments.

The move is being seen by the market as a signal that the country is tightening its grip on coal imports.

The measure was imposed after the total volume of coal imported over the first half of 2019 was deemed by authorities to be greater than desired, sources said. China imported around 154 million mt of coal over January-June, including thermal and metallurgical coal, up 6.4% year on year, latest customs data showed.

Some market sources said they were caught by surprise at the early notice compared to last year.

“This is crazy early,” a Singapore-based trader said, adding that a China-based trader is looking to replace the previously committed Australian cargoes to cargoes from other origins.

A southeastern China-based trader said he was feeling nervous about the unexpected news and would temporarily stay on the sidelines.

Chinese traders were also on the sidelines when it came to the Indonesian market, due to the recent notices, a Singapore-based trader said. “So far, our China bidder has gone silent,” he added.