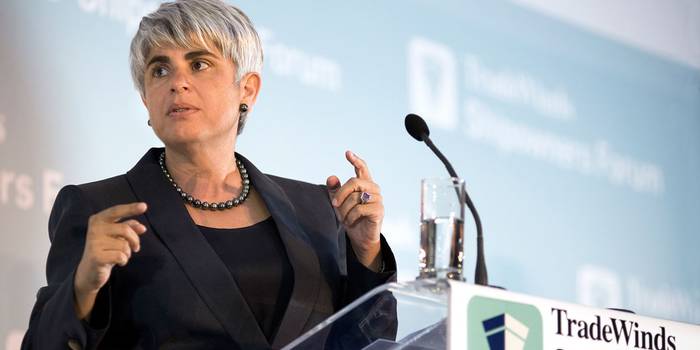 Navios Midstream, an owner and operator of tanker vessels, reported the following developments regarding its fleet renewal and distribution policy.

The acquisition of the Nave Galactic, a nine-year old vessel, and the sale of the Shinyo Kannika, a 17-year old vessel, will reduce the average age of the fleet by 10%. Navios Midstream will continue to refresh its fleet, thereby seeking to revitalize its cash flow generating ability.

The Nave Galactic will substitute for the Shinyo Kannika under the Term Loan B.

The acquisition of the Nave Galactic transaction has been unanimously approved by the Conflicts Committee of the Board of Directors (“Board”) of Navios Midstream.

The Board has reset the annual distribution policy to $0.50 per unit, after an extensive review of current and prospective market conditions, fleet profile and financial position, among other factors. The Board reset the distribution to enable Navios Midstream to redirect internally generated cash flow toward renewing the fleet while maintaining a healthy balance sheet during difficult market conditions. The Board believes that the announced distribution is in the best interests of all of its stakeholders, including its unitholders. The new distribution will be effective for the first quarter of 2018, to unitholders of record on May 9, 2018 and will be payable on May 11, 2018.

Since going public in the fourth quarter of 2014, Navios Midstream returned capital to unitholders, without reduction. Any unitholder who purchased common units on the IPO date would have received a total of $5.25 per unit in distributions to date.