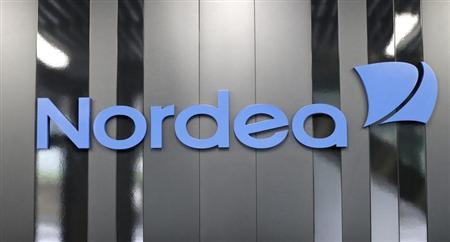 Nordea, which will move its headquarters to Finland later this year, said quarterly revenues were down 6 percent compared to last year due to lower mortgage margins, higher resolution fund fees and lower activity in capital markets.

“As the underlying revenues in the first quarter were softer than expected it is more challenging to reach our full-year revenue guidance,” Nordea CEO Casper von Koskull wrote in the report.

Both interest income and commission income, the two most important income lines, were lower year-on-year and below market expectations. Total revenue was boosted by 135 million euros due to a revaluation of a loan portfolio.

Operating profit for the period was 1.07 billion euros ($1.31 billion) compared with a mean forecast for 1.00 billion seen in a Thomson Reuters poll and a year-ago 1.10 billion.

Net interest income, which includes income from mortgages and loans to companies, fell to 1.05 billion euros from 1.20 billion a year ago, lower than the expected 1.08 billion.

Commission income fell to 770 million euros from 866 million a year ago, lower than the expected 825 million.