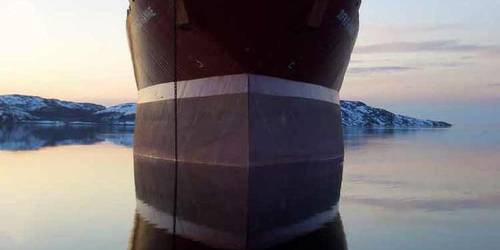 Nordic Shipholding A/S announced financial results for the first half of 2016.

“Despite the weakening market in Q2 2016, equity increased by USD 2.5 million in H1 2016 and the Group repaid USD 5.2 million on finance loans. Like other product tanker owners, the Group also experienced a drop in earnings during Q2 2016. The weaker market is expected to continue during the rest of 2016 and has caused the downward revision of the forecast for 2016. During Q2 2016, the Group successfully completed the change of commercial manager for the five handysize tankers.”

The comparison figures for period ended 30 June 2015 are stated in parenthesis.

For the 6 months ended 30 June 2016, the Group generated a profit after tax of USD 2.5 million, compared to USD 3.7 million in the same period last year. The weaker performance was due to the lower TCE income from the vessels deployed in the various handysize pools coupled with higher operating expenses. The profit before tax for Q2 2016 was USD 1.0 million, unchanged from the same period last year.

However, EBITDA decreased by a wider margin to USD 7.7 million (USD 8.8 million) due to the slight reduction in TCE earnings coupled with higher vessel operating cost in H1 2016.

Expenses relating to the operation of vessels in H1 2016 increased to USD 7.6 million (USD 7.0 million). This was mainly due to higher expenditure on spares and repairs of vessels as well as crewing expenses.

The Group did not make any impairment nor reversal of impairment during the first half of the year.

After taking into account depreciation, interest expense and other non-operating items, the result after tax in H1 2016 reached USD 2.5 million (USD 3.7 million).

Depreciation amounted to USD 3.6 million (USD 3.3 million). The increase was mainly due to additional depreciation arising from the reversal in Q3 2015 of impairment loss previously recognised in 2012 for the five handysize vessels.

The Board continues to source for suitable investment opportunities to grow the Company and seeks to maximise returns for shareholders.