19 May 2017
by ShippingHerald Headlines, Insurance, The Wire, Top Stories 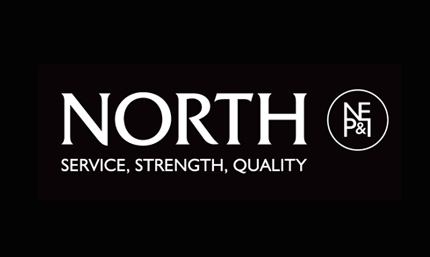 Leading global marine insurer North P&I Club has announced its annual results, confirming a 7% rise in total entered tonnage to 190M GT, an increase in free reserves to US$431 million and a combined ratio of 96% for the year ended 20 February 2017.

North’s results represent another successful year for the Club, despite the backdrop of challenging market conditions. The Club also returned 5% of mutual premium to Members for the 2016 policy year in recognition of the continuing difficult trading conditions facing many in the global shipping community.

A 2.8% investment return, premium income of US$429 million and a sound underwriting strategy have contributed to the increase in free reserves and combined ratio position, which now stands at a five year average of 94.4%. In January 2017, leading ratings agency Standard & Poor’s affirmed North’s ‘A’ (stable) credit rating for the thirteenth consecutive year and strengthened its assessment of North Group’s capital adequacy from very strong (‘AA’) to extremely strong (‘AAA’).

Claims levels remained relatively stable in what was a year of two halves, with a steady first six months of 2016 followed by a number of larger claims in the second half of the policy year. Although not as positive as 2015, which was an exceptionally benign year in terms of claims numbers, 2016 seems to represent a return to a more typical claims level by historical standards.

“We are pleased to have further bolstered North’s financial position and capital strength in the past 12 months, a position that is reinforced by our credit rating. A combined ratio of 96% is a solid result that has delivered a financial surplus of US$2.4 million and a growth in our free reserves to US$431 million. At a time when shipowners continue to face tough market conditions, we did not ask for any general rate increases in the February 2017 renewals and we also took the positive decision of returning 5% of mutual premium to our members.”

Wilson continued, “Looking forward, our focus will remain on controlled growth, based on meeting our financial targets and, crucially, our service targets for our members.”

Commenting on the results for the past year, Paul Jennings, fellow Joint Managing Director of North P&I Club, said:

“We are very satisfied with the Club’s performance in 2016, which was concluded with a highly successful renewal period that resulted in 99% member retention and a further 7% controlled growth in our membership. This sees our total tonnage rise to 190M GT, of which over 140M GT is owned tonnage. We are also gratified that the majority of this tonnage growth came from existing members, which is testament to their confidence in our financial strength and service delivery.

“The age of ships entered in the Club remains well below the world average, and we also remain focused on improving the quality of entered tonnage, which we know is important to our membership. We believe that strength comes from diversification and we are also proud of the breadth of vessel type and global distribution within the Club.”

Pratap Shirke, Chairman of North P&I Club, explained the proactive approach taken by the Club in working with members to reduce their risks through working with loss prevention:

“Service quality sits at the heart of North’s growth and we pride ourselves on understanding the needs of our membership and refining our services accordingly. Our strong results for 2016 are testament to our rigorous underwriting approach and our proactive claims and risk management ethos. In particular, our Loss Prevention team has been working with members for several years now to reduce the number of claims through improvements in their systems and processes.”

The past year has seen North widen its global office network, with the opening of a subsidiary office in Shanghai in November, to support the Club’s Asia-based membership and all members trading in the region. The operational and service delivery teams based at North’s head office in Newcastle and across its regional offices have also been strengthened.