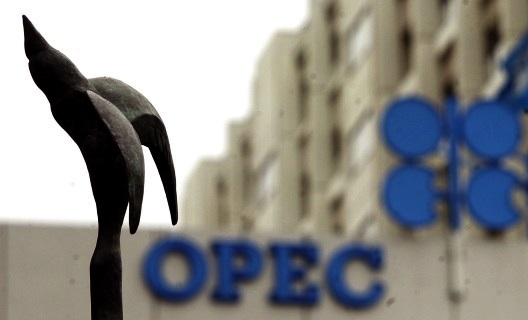 President Vladimir Putin said Russia is open to extending a deal with OPEC to curb oil supplies to the end of 2018, though he’ll wait to make a decision until nearer the expiry of the existing pact in March.

The comments are the strongest signal yet that the Kremlin is willing to redouble efforts to lift global energy prices, coming as Putin prepares to welcome King Salman Bin Abdulaziz of Saudi Arabia to Russia for the first time this week. OPEC Secretary-General Mohammad Barkindo called them a “very strong endorsement” of the deal.

“Based on the realities in March 2018, we will make our decision, but I do not rule out that we may extend” the agreement, Putin said at the Russian Energy Week conference in Moscow on Wednesday. “If we speak about a possible extension, then of course, it should be at least until the end of 2018.”

Russia, which relies on energy for more than a third of its budget revenue, reached a historic accord last year with the Organization of Petroleum Exporting Countries to cut production, hoping to eliminate a global oversupply. While the nation’s economic growth accelerated to the fastest pace in almost five years in the second quarter amid recovery in crude prices, the supply glut has taken longer than expected to clear. Growing U.S. shale output means the market could return to surplus again next year if the producers were to reverse their curbs.

“Putin keeps all options on the table,” showing Russia is willing to extend even if nothing has been decided, said Giovanni Staunovo, an analyst at UBS Group AG in Zurich. “The collaboration between Russia and OPEC continues, despite all fears that it could break down. It seems that all believe that sticking to the deal will be an advantage.”

Oil is back in a bull market, fuel stockpiles are shrinking and demand for OPEC’s crude is likely to increase in 2018. Even so, the group’s own forecasts indicate that reversing the cuts when they expire at the end of March could potentially tip the market back into surplus due to supply growth elsewhere.

Russia’s budget revenue from oil and gas taxes, which earlier this year recovered to 2015 levels, fell again by July on crude-price fluctuations and a stronger ruble. While oil prices have since returned to a bull market, risks remain and crude could fall as low as $40 a barrel next year, according to the nation’s central bank.

OPEC and its allies have already discussed prolonging their deal well into the second half of 2018, people familiar with the matter said last month. Russian Energy Minister Alexander Novak last month signaled willingness to extend the cuts if needed, while also making clear the commitment wasn’t open-ended.

“We’ll have to see how the global energy balance looks in March 2018,” Putin said. “We are in contact with our key partners and with OPEC as a whole, and with major producers.”

The outlook for oil is much brighter than it was a year ago, with fuel stockpiles on course to return to the five-year average after a long period of surplus, OPEC’s Barkindo said. However, even when equilibrium is restored to the market, major producers will need to keep working together, he said.

“We are looking beyond the rebalancing of this market, to further institutionalize this strategic partnership between OPEC and non-OPEC, through the Russian Federation,” Barkindo said. “We’ll be able to sustain the issue of cooperation beyond the issue of supply and demand and stocks, to begin to address issues like investments.”