Oil Rallies for Fourth Day as US Crude Build Slows

05 May 2020
by ShippingHerald Headlines, Oil, The Wire, Top Stories 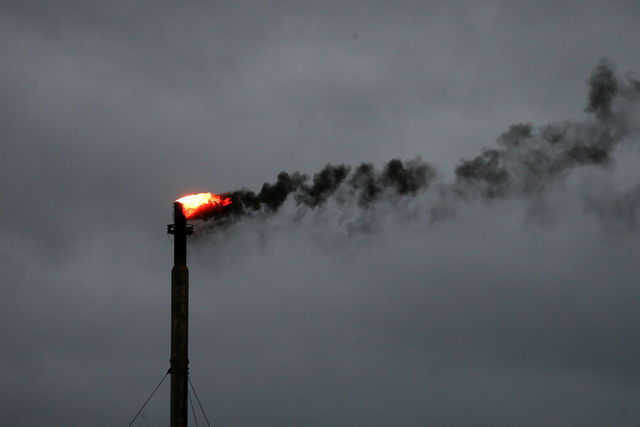 Oil rallied for a fourth day as the pace of stockpile builds at the key U.S. storage hub slowed last week.

Futures rose 3.1% in New York Monday, closing above $20, after Genscape reported a 1.8 million-barrel build in inventories in Cushing, Oklahoma, the delivery point for West Texas Intermediate crude. If the U.S. government reports a similar number Wednesday, it would mark the smallest increase at the hub since mid-March.

The discount on crude for June delivery relative to July, a structure known as contango, tightened to its narrowest in about a month, indicating that concerns about oversupply may be easing. Last week, crude rallied 60% in three days on early signs of recovering demand and the start of output curbs from OPEC+ and other producers.

“It gives a message to the overall market that everyone is leaning in,” Reid Morrison, global energy advisory leader for PwC, said in a phone interview.

However, the rebound will likely be a brief reprieve, according to Harry Tchilinguirian, head of commodity markets strategy at BNP Paribas SA, as the market’s supply overhang eclipses the size of planned productions cuts.

“There is a lot of upward momentum in supply that needs to be reversed,” Tchilinguirian said.

OPEC production surged by the most in almost 30 years in April as members waged a price war, and kept supplies high even after reaching a cease-fire in the middle of the month. It will take time to work through that inventory.

In the U.S., Texas regulator Ryan Sitton said Monday on Bloomberg TV that an effort to mandate oil production cuts is “dead” a day before the state was set to vote on the measure. Even without quotas, though, explorers are volutarily shutting in massive volumes of oil, with Exxon Mobil Corp., Chevron Corp., and ConocoPhillips planning to curb as much as 660,000 barrels a day of combined American output by the end of June.

“Exactly what the market needs to do is have a price that will force the reduction of production,” Tchilinguirian said. “If the TRC is not going to mandate cuts, it looks like the price will have to do the hard work of bringing about the necessary volume adjustment on the supply side.”

The manager of a $500 million oil exchange-traded fund in Hong Kong said its broker refused to let it increase holdings of crude futures. S&P Global Inc., which is behind the most closely followed commodity index, said it will roll West Texas Intermediate futures for July into August, while the United States Oil Fund LP said it will halve holdings in the July contract.

The change in behavior among ETFs like the U.S. Oil Fund, while disruptive for traders who sought to pre-empt the routine monthly “roll,” has overall been beneficial for the market, said Olivier Jakob, managing director at consultants Petromatrix GmbH in Zug, Switzerland.

“There’s less of an opportunity for some market participants to trade in front of those rolls,” he said. “It’s actually a positive thing — you have a better perception that the market will trade on fundamentals and not just on what will happen with one big ETF.”