07 May 2020
by ShippingHerald Headlines, Oil, The Wire, Top Stories 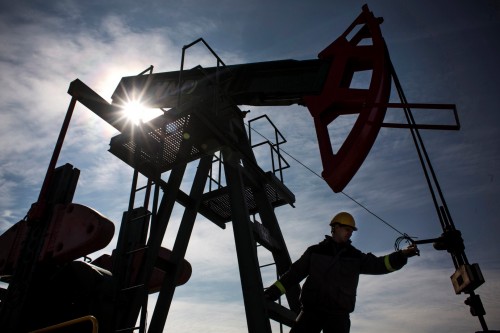 Futures in New York fell 2.3% Wednesday, after doubling in value from a week ago. American gasoline consumption on a four-week basis rebounded at its strongest rate on record last week but remained far below the seasonal average, according to the Energy Information Administration. At the same time, crude stockpiles increased by 4.59 million barrels, and total petroleum inventories rose to the highest level ever, sustaining concerns about storage capacity.

“We will continue to have oversupply and slow demand for a while yet,” said Bart Melek, head of commodity strategy at Toronto Dominion Bank. “I don’t expect prices to go much higher above the current $23.50, and there is downside risk in the near-term.” In addition, an armada of oil tankers carrying Saudi oil to the U.S. could further test storage and force prices below $20 again, he said.

In states that have loosened coronavirus lockdowns, fuel demand is picking up, with parts of Florida reporting gasoline consumption is down just 25-30%, from 50% previously. Refiner Delek U.S. Holdings Inc. said Wednesday it’s seeing demand improve in rural areas of Texas and Arkansas.

“A number of states are starting to open up and as they open up people are going immediately back to driving and using gasoline,” said Brian Kessens, a portfolio manager at Tortoise.

Still, most analysts don’t see demand rebounding to pre-virus levels for at least a year, with some questioning if that will ever happen.

Despite concerns about oversupply, the discount on crude for June delivery relative to July, a structure known as contango, remains at its tightest in more than a month.