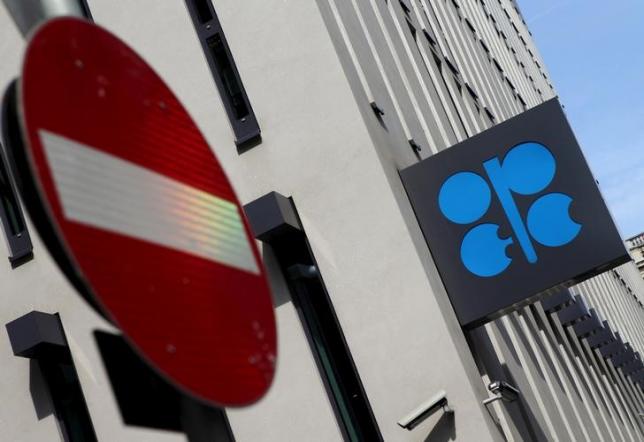 OPEC oil output fell in December, a Reuters survey found on Tuesday, led by lower supply from Iraq following a record-breaking month in November and smaller declines elsewhere in the producer group.

The Organization of the Petroleum Exporting Countries is still pumping close to record amounts as Saudi Arabia and other big producers focus on market share, weighing on any recovery in oil prices from near 11-year lows.

OPEC supply fell in December to 31.62 million barrels per day (bpd) from a revised 31.79 million in November, according to the survey, based on shipping data and information from sources at oil companies, OPEC and consultants.

Oil prices have more than halved in 18 months and hit an 11-year low in the wake of OPEC’s Dec. 4 decision to keep its year-old policy of no output restraint. The current crisis between Saudi Arabia and Iran – expected to pump more oil as sanctions are lifted – makes cooperation over supply even less likely, analysts say.

“There is certainly no chance of Saudi Arabia scaling back its oil supply to make space for Iranian oil,” said Carsten Fritsch, analyst at Commerzbank, adding the tensions still justify a risk premium on prices because they could escalate.

“In other words, the existing oversupply may actually grow further in the short term.”

OPEC has boosted production by almost 1.40 million bpd since its November 2014 refusal to cut supply and prop up prices. Output is not far below July’s 31.88 million bpd, the highest since Reuters records began in 1997.

Exports from Iraq’s main outlet, its southern terminals, have slipped from November’s record level which had been boosted by delayed October cargoes, but are likely to reach new highs in the coming months, industry sources said.

Shipments from Iraq’s north by the Kurdistan Regional Government via Ceyhan in Turkey have edged lower, while those by Iraq’s State Oil Marketing Organisation have remained at zero for a third month, the survey found.

Top exporter Saudi Arabia has kept output steady to slightly lower, sources in the survey said, due to less demand from outside the country and largely steady domestic use.

“Directionally supply is down a little bit,” said a source who tracks Saudi output. Saudi production reached a record high of 10.56 million bpd in June.

Nigerian output declined by 50,000 bpd due to disruptions to exports from the Brass River and Bonny production streams, sources in the survey said.

Output in Iran, eager to reclaim its spot as OPEC’s second-largest producer when sanctions over its nuclear programme are lifted, is edging up, the survey found. Kuwait and Qatar also posted small supply rises.

Indonesia, which rejoined OPEC on Dec. 4 bringing the membership to 13, will be included in the January survey.