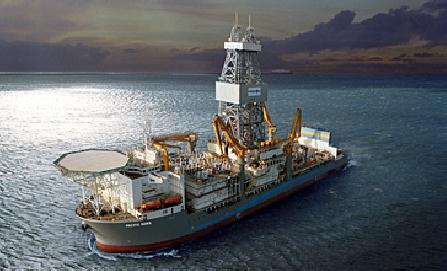 Pacific Drilling announced that the company and certain of its affiliated chapter 11 debtors have emerged from bankruptcy after successfully completing restructuring transactions pursuant to their chapter 11 plan of reorganization.

In connection with emergence from bankruptcy, the Company raised $1.5 billion in gross proceeds in new capital, consisting of $1.0 billion of new secured notes and $500 million of equity.

Pursuant to the Plan, the Company equitized approximately $1.85 billion in pre-petition debt associated with the Company’s Term Loan B, 2017 Notes and 2020 Notes, and paid in full approximately $1.2 billion of debt related to its pre-petition senior secured credit facility, revolving credit facility and the post-petition debtor-in-possession financing. Customer, employee and ordinary trade claims were unimpaired.

The Plan has strengthened the Company’s balance sheet by significantly reducing its leverage and enhancing its liquidity, with approximately $400 million in cash upon emergence and no debt maturities until late 2023, positioning the Company to take advantage of its dedicated, high-specification deepwater drillship fleet in anticipation of an improving market for offshore drilling services.

Following a reverse stock split and the issuances of common shares in connection with the Plan, the Company has approximately 75.0 million shares outstanding. The Company’s shares prior to the Company’s emergence from the Chapter 11 proceedings have been diluted such that they represent in the aggregate less than 0.003% of the Company’s outstanding shares.

Any questions regarding distributions pursuant to the Plan should be directed to the Company’s claims agent, Prime Clerk, at the numbers provided below.

In accordance with the Plan, a newly constituted Board of Directors of the Company was appointed, consisting of W. Matt Ralls (Chairman), Bernie G. Wolford Jr. and David Weinstein as Class A Directors and Daniel Han, Donald Platner and Kiran Ramineni as Class B Directors.

“On behalf of the Board and the entire Company, I want to thank Paul for his service and contributions to the Company, especially during the reorganization. We wish him the very best in his future endeavors,” said W. Matt Ralls, Chairman of the Company’s Board of Directors.