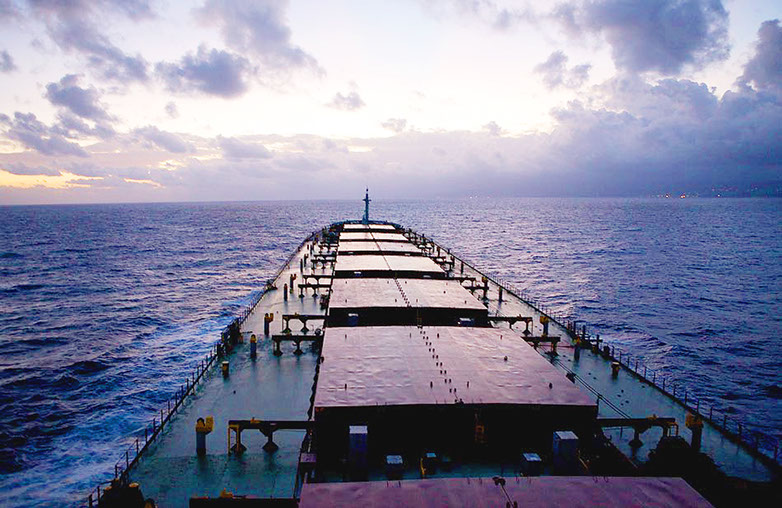 “The third quarter has historically been a strong quarter for us, and this year was no different.  We fully deployed our industry leading ice class capabilities to meet our clients’ needs during the summer arctic shipping season.  Our operating fleet expanded from an average of 40 ships in the second quarter to 50 ships in the third quarter.  We again pioneered a voyage from the Arctic Circle, completing a breakthrough project in Greenland on one of our ice class ships.  Further, through a newly formed joint venture with Hudson Structured Capital Management Ltd., we expanded our ice class capabilities by exercising our options for two additional post-panamax ice class vessels bringing our total newbuilding order to four ships.

In addition to our ice class operations, we moved forward other strategic initiatives that complement our shipping operations and set the course for future logistics projects.  We were excited to receive the first cargo shipment to our new terminal operation in Brayton Point, and the award of a contract to perform stevedoring operations at our customer’s port terminal in the Mississippi River.  We also took delivery of a new vessel, Bulk Friendship, during the quarter and after the quarter end we agreed to sell two older ships, Bulk Patriot and Bulk Juliana, re-balancing our owned/chartered-in fleet ratios and reducing our average fleet age, while adding cash to be invested in our newbuilding program.

“Collectively these actions are central to our growth strategy as we focus on niches where we can add value, extend services to support our customer base, and develop cargo opportunities.  As we publish our results, the market buoyancy seen in the summer is extending into fall.  Hopefully, positive macroeconomic impacts will continue to strengthen bulk markets.  IMO 2020 impacts on the market remain somewhat concerning, but we believe we are in good shape without having committed to significant outlays for scrubber technology.”

For the nine months ended September 30, 2019 and 2018, net cash used in investing activities was $48.2 million and $15.0 million, respectively. Net cash provided by financing activities was $5.3 million and $2.5 million, respectively, for the nine months ended September 30, 2019 and 2018. These changes reflect the Company’s investment in newbuilding vessels, and the purchase of second hand vessels, including the m/v Bulk Spirit and m/v Bulk Friendship which were financed under the finance lease arrangements and the m/v Bulk Independence which was financed under a commercial loan facility. The financing activities also include a dividend paid to our joint venture partners of $ 4.7 million and dividends paid to the common stockholders of $5.2 million.

In October 2019 the Company entered into separate agreements to sell the 2001-built vessel Bulk Juliana for a sale price of $6.5 million, and the 1996-built vessel Bulk Patriot for a sale price of $4.5 million.  The Company expects to deliver the vessels to their new owners in November and December 2019, respectively.  The sale of these two debt free vessels will generate cash flow of approximately $11 million, and will result in a book loss on sale of approximately $8.6 million in the fourth quarter.