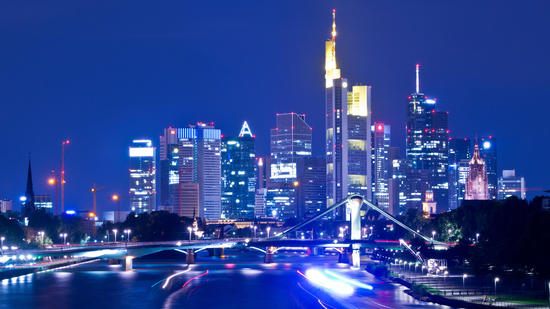 Germany’s shipping lenders are preparing for sustained pain as weakening trade and an over-supply of ships show no signs of easing, industry officials said.

Europe’s biggest economy was one of the world’s main centres of global ship finance before the 2008 credit crisis and the five most involved banks still have around 80 billion euros ($88 billion) of loans outstanding to the sector, a difficult exposure to manage given tighter scrutiny from bank regulators.

“The structural imbalance from the over-supply of transport capacity and low demand will continue and we don’t expect any encouraging upswing as a result,” shipping bank DVB Chief Executive Ralf Bedranowsky said on Thursday.

“We had a great ride for 15 years thanks to China’s economic boom; now, it’s over,” said Carsten Wiebers, responsible for ship finance at Ipex, a unit of state development bank KFW.

“This is not a short-term dip; we have to prepare for growth rates in world trade like we had 20 years ago,” Wiebers said.

The back book of wobbling ship loans has forced lenders such as NordLB, HSH, Commerzbank and KFW to take writedowns and boost buffers against portfolios turning bad.

“The risk is rising that shipping banks will have to boost provisions and that the number of non-performing loans will rise,” said Alexander Hendricks, an analyst at credit rating agency Moody’s.

The strengthening dollar against the euro was a further threat to European lenders because a lot of ship financing is booked in the U.S. currency, he said.

Some shipping specialists could profit from the situation. NordLB and two partners have formed a joint venture to provide consulting on restructuring of non-performing ship loans.

There could be plenty of work. DVB said the large number of vessels still on order from shippers could play into a rise in distressed sales, bankruptcies and restructurings.

Nearly 500 new container ships – more than 20 percent of the existing fleet – are due for delivery by 2018 as owners seek economies of scale and more fuel efficient ships, DVB said.

To avoid losses, lenders have focused increasingly on ships with contracts guaranteeing their use for years into the future.

“We have become even more selective about our counterparties and projects,” KFW’s Wiebers said. “Today we expect much better credit quality on the part of the shipping companies and we demand much higher equity capital.”

Still, some bankers worry their buffers for bad loans may not be high enough.

“I go to bed every night with this question and I don’t necessarily wake up in the morning with an answer,” said one bank board member, who declined to be named.

[…] There you will find 81134 more Infos: shippingherald.com/perfect-storm-turns-permanent-for-struggling-german-ship-lenders/ […]

[…] There you will find 69379 more Infos: shippingherald.com/perfect-storm-turns-permanent-for-struggling-german-ship-lenders/ […]

[…] There you will find 39147 more Infos: shippingherald.com/perfect-storm-turns-permanent-for-struggling-german-ship-lenders/ […]

[…] There you will find 78864 more Infos: shippingherald.com/perfect-storm-turns-permanent-for-struggling-german-ship-lenders/ […]

[…] There you will find 49439 more Infos: shippingherald.com/perfect-storm-turns-permanent-for-struggling-german-ship-lenders/ […]