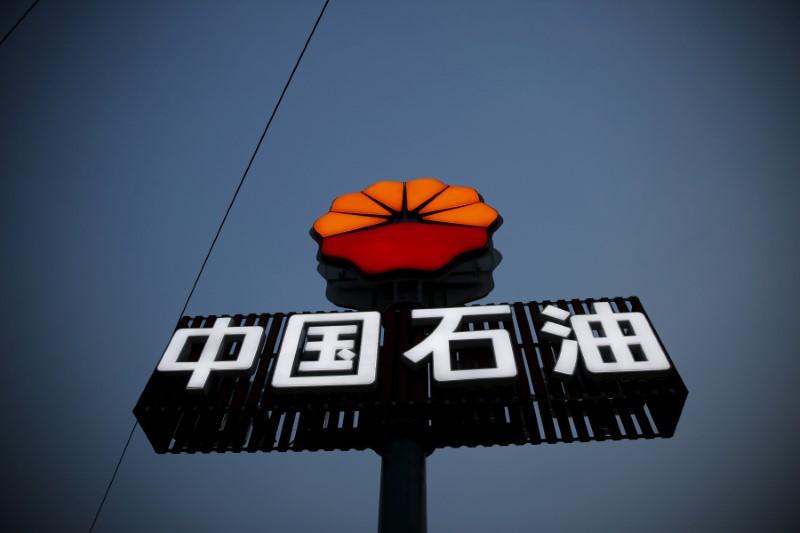 PetroChina Co. may temporarily halt purchases of U.S. liquefied natural gas spot cargoes through the winter to avoid potential tariffs amid a trade conflict between the U.S. and China, according to people with knowledge of the strategy.

Under the plan, PetroChina would boost buying of spot cargoes from other countries or swap U.S. shipments with other nations in East Asia to avoid paying additional tariffs, said the people, who asked not to be identified because the information isn’t public. PetroChina, a unit of the state-owned China National Petroleum Corp., couldn’t immediately comment when contacted by Bloomberg.

China said this month it was considering a 25 percent tariff on U.S. LNG, which had been missing from previously targeted goods, in a direct hit to American gas exporters. The move comes ahead of the winter heating season when demand and prices typically peak and shows that Chinese President Xi Jinping may be willing to suffer some pain to avoid backing down from U.S. President Donald Trump’s trade dispute.

“If the tariff is implemented before winter, it would potentially increase the competition for non U.S. supply to the Asian market and hence drive up spot prices in Asia this winter,” Maggie Kuang, an analyst with Bloomberg NEF in Singapore said in an email. “Australia, Qatar, and Southeast Asia will most likely benefit.”

Singapore Exchange Ltd.’s North Asia Sling spot price was assessed at $10.165 per million British thermal units as of Friday, the highest in a month. Prices are about 66 percent higher than the same time a year ago. Shares of PetroChina ended 2 percent lower at HK$5.81 in Hong Kong, compared with a 1.5 percent drop in the city’s benchmark Hang Seng Index.

PetroChina in February signed a 25-year deal to buy U.S. LNG from Cheniere Energy Inc., with a portion of that supply expected to start this year. While China is currently the third-largest buyer of U.S. LNG, American cargoes only made up about 5.7 percent of its imports over the last year, according to Sanford C. Bernstein & Co.

China’s proposed tariff may temporarily benefit other suppliers, U.S. Department of Energy Deputy Secretary Dan Brouillette said in an interview in Tokyo on Wednesday, noting that he doesn’t expect any detrimental impact to the U.S. energy industry.

President Xi has urged China’s state-owned energy giants CNPC and China National Offshore Oil Corp. to boost domestic exploration and production of oil and gas to safeguard the country’s energy-security as the trade dispute with the U.S. threatens to limit American shipments.