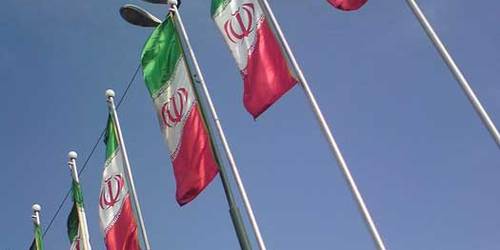 Claim payouts to shipowners using the protection and indemnity insurance cover for their Iranian oil shipping may get restricted to liabilities of up to $100 million per tanker because of the US reimposed sanctions, compared with the maximum $8.2 billion earlier, P&I club sources told S&P Global Platts.

“If any of the 13 International Group Clubs is prohibited (by sanctions applicable to that Club) from contributing their share of any Pool claim, the individual Member will bear that shortfall in accordance with the applicable Club’s rules.”

The announcement is significant because until now, shipowners have enjoyed full P&I cover of up to around $8.2 billion and ships from many countries continue to load and discharge cargoes in Iran.

The P&I clubs had to come out with this circular because they have to make it explicit that they can no longer guarantee full payment for any untoward incident relating to cargoes loaded in or discharging in Iranian waters, senior executives of P&I club members said.

Ships owned by entities registered in India, China and other countries continue to do business in Iran and they have insurance cover which was taken before the latest round of sanctions came into force, the executives said.

To avoid legal complications in future, the IG group has come out with this clarification, a senior insurance executive with a P&I club said. It aims to inform their clients that their large tankers may not enjoy full insurance cover of up to $8.2 billion for their voyages to and from Iran, he said.

The IG’s latest circular on Iranian sanctions came for the first time after the US sanctions snapped back on November 5, although top buyers of Iranian crude were given temporary waivers until May, when they will be expected to cut their purchases significantly.

The US has given temporary waivers to China, India and Turkey — Iran’s top buyers — as well as Japan, South Korea, Italy, Greece and Taiwan. However, the US maintained its goal of eventually reducing Iranian crude exports to zero.

BULK OF P&I COVER UNDER GXL

In the latest circular, the IG said liabilities above $100 million fall within the International Group Excess Loss Reinsurance (GXL) program where the P&I club is not directly liable under an approved certificate or guarantee, nor automatically re-pooled by the IG member clubs.

Almost the entire multi-billion dollar P&I cover insurance is reinsured under what is called the GXL program, with large reinsurance entities which in turn have a massive exposure to the US markets. Many reinsurers will no longer be able to contribute to claims relating to Iran, the IG circular said.

“The long and short of this circular is that claims that may arise from Iran related business will not get paid,” the P&I club executive said.

A second executive said, “Iranian fleet is no longer under the cover of P&I clubs that are members of the IG group.”

However, there are a sizeable number of non-Iranian ships which dock at its ports and enjoy insurance from such clubs, and their owners need to be told that their voyages to that country may not qualify for payment of full claims in event of accidents, he said.

The real risk now, is for the ship owners who are still trading in Iranian crude as they cannot take their maritime insurance policies for granted, an advisor to one of the P&I clubs which is a member of the IG Group said.

“If such claims arise, they will be a lot of hot air,” he said.

“It is the IG Group’s way of saying, ‘be careful’ in trading with Iran despite the conditional exemptions by the US given to some countries,” he added.

Maritime insurance agents point out that it is a red flag for the individual members of the IG Group as well because they will not like to transact any new business with companies which have links with Iran.