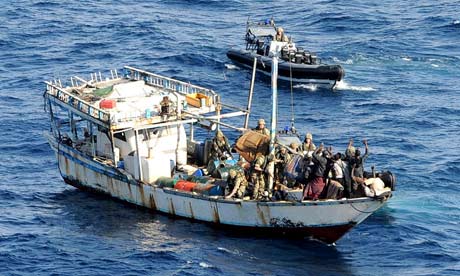 Six Turkish members of a cargo ship’s crew who were kidnapped by pirates off the coast of Nigeria two weeks ago have been released and are safely back in Istanbul, a lawyer for the shipping company said on Tuesday.

“The six of them have been released and are back in Istanbul. All are in good health,” said Fehmi Ulgener, a lawyer for the shipping firm Kaptanoglu Denizcilik. He declined to say whether or not a ransom had been paid.

The Turks, who included the M/T Puli’s captain, chief officer and chief engineer, were abducted some 90 miles off Nigeria on April 11. Other members of the crew were left onboard, unharmed.

The tanker was carrying liquid chemical fuels and was travelling to Cameroon, the Turkish newspaper Hurriyet reported.

Last month, Nigeria and Equatorial Guinea agreed to establish combined patrols to bolster security in the Gulf of Guinea. The countries around the Gulf are a significant source of oil, cocoa and metals for world markets, but pirates pose a growing threat to shipping.

They target tankers in particular, usually seeking hostages for ransom and fuel to sell. Security analysts say the pirates have emerged from Nigerian militant groups such as the Movement for the Emancipation of the Niger Delta.