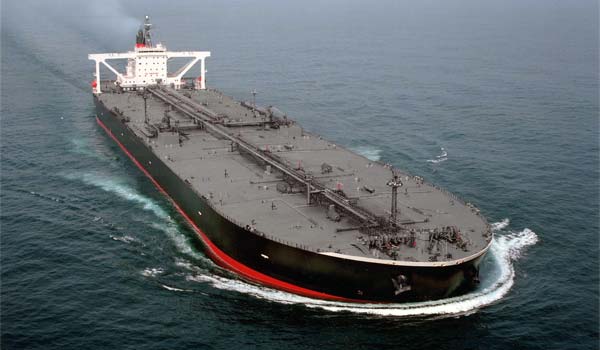 Oil companies, refiners, shippers and traders are all weighing their involvement and exposure to Russia after financial sanctions were imposed in response to the invasion of Ukraine.

“It [sanctions] will likely make many buyers more hesitant to purchase Russian oil,” said Rick Joswick, head of Global Oil Analytics at S&P Global Platts Analytics. “That will tend to drive down the price of Russian crude oil even more until it ultimately clears outside of its traditional markets in Europe,” noting that Urals were already at record discounts to North Sea grades in prior days.

“Another affect is that regular buyers of Russian oil, primarily in Europe, will seek non-Russian alternatives. That will tend to support the price of Brent crude and the broader market,” he said.

Russian Urals crude price discounts have widened as some refiners have turned to other supplies. Urals CIF Rotterdam was assessed at Dated Brent minus $11.50/b Feb. 28, widening 34 cents on the day, and widening from a 60 cents/b discount on Jan. 25.

The Dubai cash/futures spread — a measure of the market structure — widened further in backwardation to average $3.87/b in February, up from $2.16/b in January.

Distillate prices have soared on concerns that Russian gasoil flows would be impacted by sanctions at a time of low inventories. NYMEX March ULSD rallied16.39 cents to settle at $3.0134/gal Feb. 28.

The prompt spread in ICE low sulfur gasoil futures, the most liquid futures contract for European middle distillates, jumped $6/mt on the day to hit a 14-year high at $26.75/mt Feb. 28.

— Oil majors are re-evaluating their exposure to Russian assets.

BP said Feb. 27 it will “exit” its near 20% stake in Russia’s largest oil producer, Rosneft, in response to the Kremlin’s decision to invade Ukraine. BP currently owns a 19.75% stake in Rosneft, which accounts for about half its booked reserves and a third of its overall oil and gas production.

Norway’s Equinor said Feb. 28 it is stopping new investments in Russia and will exit its Russian joint ventures because of Moscow’s invasion of Ukraine. Equinor derived 14,000 b/d of oil equivalent from Russia in 2020. This has recently been supplemented by new output from a joint venture formed in December 2020 with Rosneft in East Siberia known as Angara, which includes the North Danilovsky field.

Shell said Feb. 28 it is breaking off its partnerships with Russian energy giant Gazprom, including the Sakhalin-2 crude and LNG project in the Russian Far East, and ending its involvement in the Nord Stream 2 pipeline project in response to the invasion of Ukraine.

Shell is not exiting all its collaborations with Russia, retaining for example a 49% share in Rosneft-Shell Caspian Ventures, which owns a stake in the CPC crude pipeline from Kazakhstan across southern Russia.

— Oil refiners are weighing up their crude buying options.

Russia accounts for about 10% of total global crude oil supply and Urals crude is a staple for refiners in Northwest Europe and the Mediterranean. Key buyers include Germany, Italy, the Netherlands, Poland, Finland, Lithuania, Greece, Romania, Turkey and Bulgaria.

Finnish refiner Neste said Feb. 28 that due to the “current situation and the uncertainty in the market, Neste has mostly replaced Russian crude oil with other crudes,” adding that it was closely monitoring “the development of sanctions and possible counter-sanctions” and preparing “various options in procurement, production and logistics.”

Sweden’s Preem said it had ceased imports of Russian crude, although it noted that Urals only accounted for 7% of its crude oil purchases.

Other European refiners, including Hungary’s MOL, Finland’s Neste and Austria’s OMV said they were monitoring events in order to take appropriate measures.

Indian Oil Corp. has asked its crude suppliers to stop offering Russian and Kazakh crudes to avoid any payment and insurance risks caused by international sanctions on Russia. The country’s largest state-owned refiner informed traders that crudes like Russia’s Urals and ESPO, along with Kazakhstan’s CPC Blend, will no longer be accepted on a free-on-board basis, sources said.

US imports of Russian crude oil have fallen to roughly 13,500 b/d since Jan. 1, down from an average of 199,000 b/d in 2021, according to the latest US data, reflecting declining reliance on Russian crude as the Ukraine crisis escalated.

Independent commodity trader Trafigura is continuing to trade in Russian commodities but is seeing some banks being more cautious in handling its transactions due to uncertainty over recently-announced tougher financial sanctions.
Rival traders Glencore, Gunvor, Vitol and Mercuria all declined to comment on the potential impact of the financial sanctions on their commodity trading with Russia.

— The security of the Druzhba pipeline and ports are key for markets.

Urals is a medium sour crude that is a staple for refiners in Northwest Europe and the Mediterranean. It is exported via the Druzhba pipeline, a branch of which runs through Ukraine, as well as via seaports Primorsk and Ust Luga on the Baltic Sea, and Novorossiisk on the Black Sea. Around 1 million b/d flows through the Druzhba pipeline system from Russia to Europe.

Ukraine ships Russian oil to Slovakia, Hungary and the Czech Republic via the southern leg of the key 25 million mt/year Druzhba pipeline.

Russian Railways has introduced a ban on the shipment of all goods to Ukraine or for transit, it said Feb. 24.

— Ukraine is a critical route for oil flows into Eastern Europe and the fringes of the EU.

Russian oil transits Ukraine to Slovakia, Hungary and the Czech Republic. Its transit of Russian crude for export to the EU was 11.9 million mt in 2021, down from 12.3 million mt in 2020, while oil transit to Belarus remained unchanged at about 800,000 mt.

Russia is also the second-largest crude supplier to China, delivering 1.6 million b/d of crude in 2021, data from China’s General Administration of Customs showed. Although the volume of crude that flowed from Russia fell 4.6% on the year in 2021, its market share edged up to 15.5% from 15.4% in 2020. China may be able to take some additional crude that Europe is reluctant to purchase depending on their own capacity constraints.