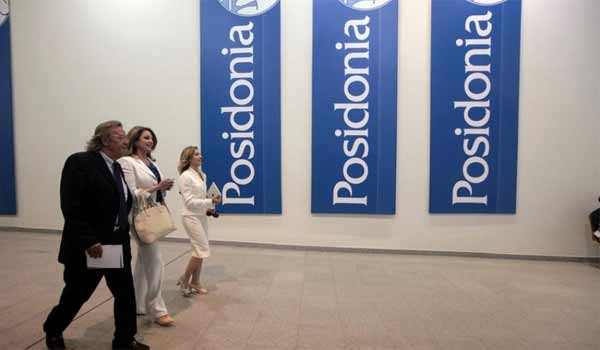 Greek shipowners believe it is a good time to invest in dry bulk tonnage given 30-year low prices, assuming owners have the money and do not invest in newbuildings.

Leading owner George Procopiou, taking the long view on a return to solid state shipping declared: “Buy anything that floats that is cheap.” Procopiou said: “The market will come back on any ship type and you must be there. People say shipping is a volatile business. That’s not the case. Shipping is the most stable business because it’s stable in its instability. The volatility is how you make profits and timing is the key.”

“We’re now at 30 year lows – it’s a no brainer,” Stamatis Tsantanis, CEO of Seanergy Maritime Holdings said, adding “new capital was not bad forshipping as long as people buy quality ships”. Tsantanis believes the dry bulk market is ready to bounce back much as happened with tankers, which just a few years ago people believed were “finished”.

John Platsidakis, MD of Anangel Maritime Services and Chairman of Intercargo, also believes“ it’s a good market to make an investment providing you have the liquidity to sustain it”. While vessels may be cheap the new owner still needs to have the money to sustain its operations through the bad market. He said the market needed to differentiate between money that comes with knowledge ofshipping and takes a long-term view. Platsidakis said there are “some positive indications the good market is not far away” citing the lack of newbuilding orders and more demolitions, as well as the approach of special surveys and ballast water management rules.

Pioneer Marine CEO, Pamkaj Khanna, noted there was very little new money in the market and seven out of 10 dry bulk ships on the secondhand market were going to Greek owners who had “very deep pockets”. He commented that on the banking side there was no money, “which is good for shipping as no-one is running to the shipyards”.

Hamish Norton, president of US listed Star Bulk Carriers, said shipowners appear much more sanguine these days, while George Achniotis, CFO at Navios Maritime Holdings, said: “It’s interesting how quickly sentiment changes. Shipowners that have money think that’s a time to buy.” Relating the start of his career in shipping, George Economou, chairman, president and ceo of DryShips, said he had been warned at the outset to not order newbuildings, and indeed his first ship was a seven year-old secondhand vessel. “Go buy a seven-year-old ship that way we won’t have an excess of capacity.”

However, the only containership owner, Danaos’ CEO John Coustas, issued a real note of caution, urging the assembled to act responsibly in their hunt for counter-cyclical opportunities.“It’s much easier to order a newbuild than buy secondhand and this is where the problems lie,”he said.