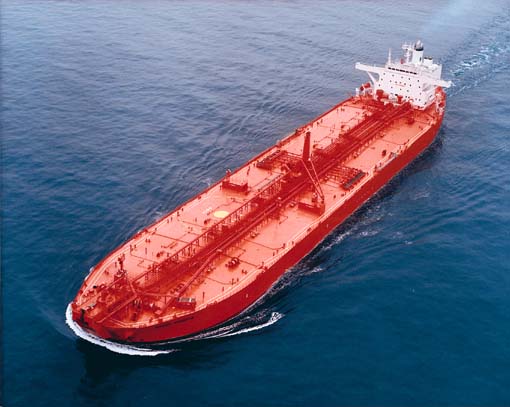 The ongoing diplomatic impasse in the Middle East is causing serious disruptions in the shipping of clean products, with companies across Asia downsizing their parcels for loading in single ports and the possiblity that owners may seek premium for Qatar loadings, market participants in Singapore, Dubai, and Tokyo said on Wednesday.

All major oil-products trading companies have been affected and are redrawing their loading plans, resulting in releasing of some ships and fresh chartering of others, even as they hope that the issue will be resolved at the earliest.

As part of a slew of measures against Qatar, after cutting off diplomatic ties, Saudi Arabia, Bahrain and the UAE have also imposed on their emirate neighbor restrictions related to ports and shipping.

Of particular concern is the ban on direct sailing to and from Qatar by Fujairah in the UAE, where thousands of ships load bunker fuel. Co-loading of partial cargoes of naphtha, gasoil and gasoline in multiple ports of Middle East will take a severe hit unless the spat ends anytime soon. “They should sort it out within this week, too much is at stake,” a broker handling oil cargoes in the Persian Gulf said.

“Owners will try to maintain the rates, or push them up, due to this uncertainty over Qatar,” said a source with a Long Range vessel owner.

One reason for this potential hike is that bunkering can’t be done in Fujairah and also that lesser ships will be available for Qatar loading, he said.

The Middle East-to-North Asia is world’s busiest trade route for naphtha, with annual trade of nearly 40 million mt, according to industry estimates.

Those cargo stem nominations which are partly loaded in LR tankers in Qatar’s port of Ras Laffan, along with one or two ports in Saudi Arabia, Kuwait or the UAE, are now being split for single-port loading, said a Tokyo-based chartering executive with a global commodities trading company.

“Until this issue is resolved, there will be more demand for LR1s and MRs [Middle Range] instead of the LR2s, as cargoes get split for one-port loading,” the executive said.

A naphtha-trading major has a June 17 LR2 cargo for loading in Kuwait and Qatar, but now plans instead to load the ex-Kuwait parcel in a single LR1. Even though Kuwait is not involved in the diplomatic imbroglio, shipping and trading companies don’t want to take a chance, as logistical issues such as bunkering are involved.

Another Tokyo-based commodities trading company has downsized its LR2 naphtha cargo for mid-June loading to an LR1 in Bahrain and the remainder in an MR for Qatar, sources said. The LR2 they chartered will be released.

Lesser demand can put a pressure on LR2 rates at a time when they are already weak, have struggled for most part of the year, and are being chartered at a large discount of more than 20 worldscale points to LR1s on the key Persian Gulf-to-Japan route. However, this differential is still not viable enough for a charterer to load an LR1 cargo on an LR2.

Availability of ships for Qatar loading is also expected to decline. UAE- based Gulf Energy Maritime’s ships are unlikely to navigate to Qatar. The company has around eight LR1s and two LR2s and its shareholders include Dubai’s state-run Emirates National Oil Co. and Abu Dhabi’s International Petroleum Investment Co.

“Other companies will ask for premium for loading from Qatar,” the same source with an owner said.

It works both ways and there will be more ships for loading elsewhere, a chartering executive said, pointing towards the overall supply amid more new buildings, and less demand to move gasoil to Europe and naphtha to Asia.

Oil majors such as Vitol, Shell, and Glencore have their shipping arms which handle their own vessels and those ships that are taken on long-term time-charter, with duration ranging from a few weeks to years each. With many of these ships now having to choose between calling Qatari ports or elsewhere in the Middle East for successive voyages, these companies will have to juggle their fleet plans, split cargoes, and even take more ships from the spot market at short notice, sources said.

Single-port loading in Qatar is expected to continue if bunkers are adequately arranged. Shell has placed the British Reason on subjects for June 20 loading of a gas-to-liquid cargo in Qatar, with the option to discharge the cargo in Singapore or UK Continent, sources said.

“One option available for bunkering is in neighboring Sohar in Oman, though the rates may be higher,” said a chartering executive in Dubai.

Changing of crew also has to be adjusted and cannot be done in Dubai for ships moving to or from Fujairah.

For ships sailing eastwards, the cheapest option to load bunkers will be Singapore. But westbound vessels may do so in Oman, said a maritime executive in Singapore. Bunkers will pile up in Fujairah and drag down prices, while rates will go up in neighboring ports and also in Singapore, he added.

The 380 CST bunker was assessed on Tuesday at $299.5/mt and $302/mt, delivered in Singapore and Fujairah, respectively, according to Platts data. The corresponding price in Kuwait was also $302/mt, the data showed.

Fujairah’s stocks of heavy distillates and residues totaled 10.08 million barrels, as of May 29, up 11% in a sharp rebound from the previous week, Fujairah Energy Data Committee data showed.