Qatar Still Has Many Friends in Energy Markets – View 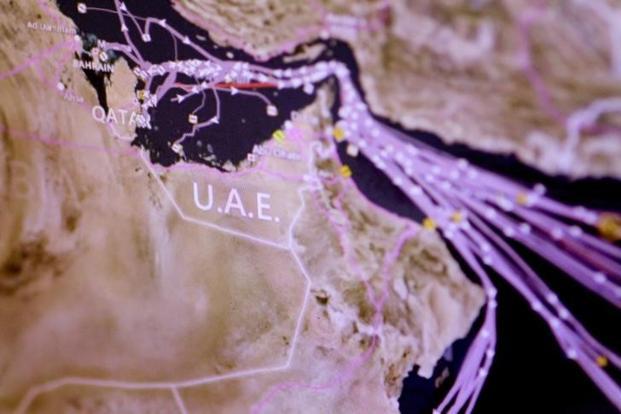 Oil markets seem impervious to geopolitical risk. As four Arab neighbors imposed an unprecedented embargo on Qatar on Monday, oil prices briefly jumped 1.6 percent before falling back. The fuel to watch, though, is not oil, but gas. If this dispute is not resolved quickly, it may mean a hot summer in the Gulf.

The problem has been simmering for a long time, with three of Qatar’s Gulf Cooperation Council colleagues blaming it for backing Islamist groups including the Muslim Brotherhood, and being too friendly with Iran. But in a dramatic escalation shortly after U.S. President Donald Trump’s visit to Saudi Arabia, the United Arab Emirates and Bahrain, along with Egypt, the shaky official government of Yemen and Libya’s contested eastern government broke relations with Doha and imposed a ban on air, land and sea travel. Much of Qatar’s food and key equipment comes by land from Saudi Arabia, or reshipments through Dubai’s Jebel Ali port.

Qatar is one of the smallest oil producers in OPEC, at 618,000 barrels per day, but condensate (light oil) and natural gas liquids — byproducts of its giant North Field — add about another 1.3 million barrels per day. It will stay in the OPEC production cuts deal, and even if it does not, its contribution is small. Its real power comes from being the world’s largest liquefied natural gas exporter.

Qatar’s liquefied natural gas and oil exports should not be affected, even if Saudi and Emirati waters are barred to its ships. They can sail via Iranian waters and then pass the Strait of Hormuz via the usual shipping lane in Omani territory, or stay in the Iranian sector if Oman joins its GCC colleagues in the blockade. Any attempt to stop Qatari exports would be a major crisis, and would invite a serious response from major LNG customers Japan, South Korea, China and India.

Leading Japanese importer Jera Co. has been assured by Qatargas that its supplies won’t be interrupted. And for now, Qatar continues to have access to the Suez Canal, the route for its LNG shipments to Europe. But vessels on their way to or from Qatar are now not allowed to call at Fujairah in the UAE, the region’s main bunkering port.

Sharing the North Field, the world’s largest gas field, with Iran, and having many vulnerable offshore installations up to the Iranian border, Doha has little choice but to maintain reasonable relations with Tehran. It could also turn to ideological bedfellow Turkey or to Russia for support, after underpinning state oil firm Rosneft’s share sale in December.

If the dispute continues to escalate, the most serious retaliation open to Qatar would be to cut off natural gas exports to the UAE through the Dolphin pipeline. This project, grouping Total (24.5 percent), Occidental (24.5 percent) and Abu Dhabi’s strategic investment company Mubadala (51 percent), delivers more than 2 billion cubic feet per day, more than a quarter of the country’s consumption, and also yields about 160,000 barrels per day of condensate and NGLs. About 200 million cubic feet per day transits from the UAE to Oman, which is not — yet — part of the embargo. With Gulf temperatures already reaching more than 40 degrees Celsius, power consumption for air-conditioning is approaching its peak.

The UAE has relatively limited immediate options to replace the Dolphin gas. It has LNG import terminals at Dubai and Ruwais in western Abu Dhabi. The Ruwais facility, commissioned last August, now looks like a prescient precaution. But the two terminals presumably won’t be taking any Qatari LNG cargoes for some time, so tankers would have to be rerouted from Oman, Abu Dhabi’s own liquefaction plant, or further afield.

And the LNG import capacity is still not enough to cover fully for a halt of Dolphin. The UAE would probably have to patch together stop-gap solutions including boosting Abu Dhabi’s gas output temporarily, rationing supplies to industries, and burning large quantities of expensive diesel as a substitute fuel in its power plants.

Cutting off supplies, even briefly as leverage to negotiate a way out of the crisis, would be a very serious move for Qatar, damaging its hard-won reputation as a reliable supplier. When Japan had to find emergency energy supplies following the Fukushima nuclear accident, Qatargas stepped up. But this incident might revive Tokyo’s 1970s-era worries over too heavy dependence on Middle East oil or gas exporters. The same goes for China, which has been determinedly diversifying its fuel sources.

After decades of worrying about Iranian interruptions to Gulf oil and gas flows, the new concern comes from an unexpected source. Fortunately, there is plenty of slack in the global oil and gas markets, and no immediate danger. But in case this dispute is drawn out, Qatar and its neighbors will be sweating on essential supplies.

Robin M. Mills is CEO of Qamar Energy, and author of “The Myth of the Oil Crisis.”