Record Oil Demand Buffers One Corner of Shipping From Slump 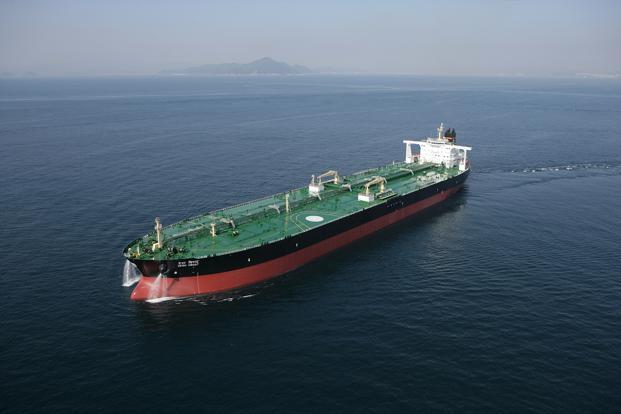 As the shipping industry grapples with a prolonged slump in demand, carriers in India are grateful for the bright spot of record domestic fuel consumption.

The nation of 1.3 billion people is expanding at the fastest pace among major economies and is set to import an unprecedented amount of crude oil to fuel growth. That’s helping the tanker-heavy fleets of Shipping Corp. of India Ltd., Great Eastern Shipping Co. and Mercator Ltd., India’s three largest carriers.

“Because our energy consumption is so high — with the population and the sheer size of the country — demand will continue to rise,” B. B. Sinha, a director and former chairman of Shipping Corp. of India, said in an interview in Mumbai. Oil and liquefied natural gas offer good opportunities, he added.

While a trade slump and industry overcapacity pushed some container lines and bulk carriers to collapse or report losses, the three Indian lines posted profits in the last two fiscal years. Mercator’s shares more than doubled in the past 12 months, bucking a global decline in shipping stocks.

Container shipping companies carry a wide range of goods such as clothes, furniture and bananas, while bulk carriers ship unpacked cargo including coal, cement and grains.

“Idling isn’t a threat to us,” said Atul J. Agarwal, executive vice chairman of Mercator, pointing to a rule that gives domestic carriers first right of refusal in tenders for certain shipments.

Shipping rates tumbled after the 2008 global financial crisis and remain depressed. South Korean container line Hanjin Shipping Co., Japan’s Daiichi Chuo KK and dry-bulk shippers Global Maritime Investments Holdings Cyprus Ltd. and Bulk Invest ASA are among companies to have filed for bankruptcy in the past year or so.

Imports account for roughly 80 percent of India’s crude oil needs. The $2 trillion economy is expected to surpass Japan as the world’s third-largest oil user this year, and will be the fastest-growing crude consumer in the world through 2040, International Energy Agency estimates show.

Indian shipping companies remain small by global standards — they account for just 7 percent to 8 percent of the country’s total seaborne cargo, according to Mercator’s Agarwal. The focus on tankers could also be a source of risk should oil purchases unexpectedly wane, although Agarwal was sanguine, arguing such demand isn’t going to evaporate.

“The more diversified your portfolio, the better it is for you,” Shipping Corp. of India’s Sinha said.