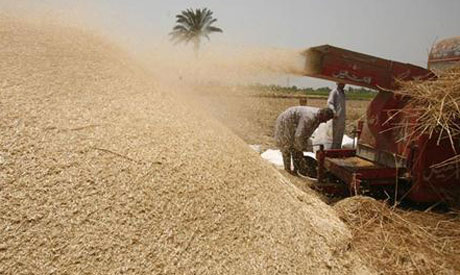 Russia, already the world’s leading wheat exporter, is bent on taking further market share from the European Union and United States with a new attempt to crack what have traditionally been its most difficult destinations.

Successful marketing campaigns in Iraq, Saudi Arabia and Algeria would cement Russia’s leading position in the wheat markets of the Middle East and North Africa.

Cheaper oil is playing to Russia’s advantage in grain, keeping prices for Russian wheat relatively low in dollar terms due to lower fuel costs and a weaker local currency.

“With crude oil prices remaining low, the Arab countries are asking themselves why they are paying millions of dollars more than they need to for wheat imports,” a German trader said.

“In a direct price fight, I would expect Russian wheat to take the main share of markets opened to them,” the trader added.

Negotiations to allow Russian wheat into Iraq have been going on for two years, but haven’t concluded due to frequent changes to Baghdad’s negotiating team, a Russian source familiar with the talks told Reuters.

“We hope that the situation will change with the appointment of the new trade minister, who has already said that he would send a delegation to study Russian wheat to Russia in December,” the source said, adding supplies could start next year.

Quality specifications are a central issue in the talks, traders said.

Russian wheat doesn’t contain enough gluten to satisfy Iraqi importers, but is about $10 to $12 per tonne cheaper than U.S. hard red winter wheat shipped to the Middle East, said a U.S. wheat trader.

“It would have to be a quality or financing issue” for the United States to win the business, he added.

U.S. traders complain that American wheat is too expensive for major global wheat markets in the Middle East and Africa.

High rail freight costs to get U.S. wheat to port, as well as a futures mechanism known as variable storage rates, combine to keep prices higher than Russian wheat.

One rogue element is weather fluctuations, the key variable for Russia’s crop size, which traditionally raises concern that the government could limit supply during export campaigns.

However, domestic prices have been relatively stable so far this season and the risk of state curbs has eased.

While Russian success in Iraq and markets like Nigeria could be a huge blow to the United States, Russian expansion into Algeria and Saudi Arabia would be a significant setback for EU wheat.

“Russia’s entry into Algeria would be an earthquake. The EU, especially France, still dominates wheat sales there because Russia is excluded and competition from Russia would be a grave danger to the EU,” said another trader.

“The same goes for Saudi Arabia, which is vital to Germany, Poland and the Baltic States.”

Russian wheat has been barred from international tenders in Algeria, one of the world’s biggest wheat importers, for failing to meet the North African nation’s strict bug damage controls.

Russian wheat is not currently in the list of origins which can take part in Saudi purchasing tenders due to Saudi Arabia’s high-quality specifications.

Algeria’s neighbors, including Tunisia, Libya and Morocco, are all buying Russian wheat. Russian wheat is also going to Jordan and Nigeria, and Moscow has said that it wants to boost supplies to those countries.

About 80 percent of France’s non-EU wheat exports have been to Algeria so far this season but its traders have said that it remains to be seen if Algeria changes its terms or forces Russia to meet the current low bug-damage limit.

Russian traders, major suppliers to Egypt, Turkey, Bangladesh and Vietnam, are focused on maintaining their share of the current markets despite a lower 2018 crop, one of them said. [GRA/RU]

Russia is preparing to send wheat samples to Saudi Arabia for quality tests.

“We hope that all barriers in the way of Russian wheat to Saudi Arabia will be removed after the results of the analysis,” the source familiar with the talks said.