South Korean shipyards, led by Hyundai Heavy Industries Co., slashed their workforces by some 3,000 in 2015 as they struggled with mounting losses stemming from a delay in the construction of offshore facilities and an industrywide slump, industry data showed Monday.

Including workers at their subcontractors, a total of 5,000 jobs were cut last year, the data showed.

Hyundai Heavy reduced its workforce by 1,300 last year, with some 1,400 workers laid off at Daewoo Shipbuilding.

The shipbuilders are estimated to have racked up a combined operating loss of more than 8 trillion won ($6.66 billion) last year. If the figure hovers around that level, it will mark the first time for all of the nation’s three largest industry players to register operating losses.

In 2014, their combined operating losses hovered above 2 trillion won.

The stuttering shipbuilding sector is feared to be a major drag on South Korea since it is one of the key growth engines for Asia’s fourth-largest economy, along with electronics and automobiles. 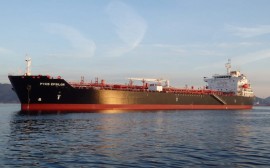 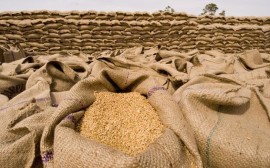 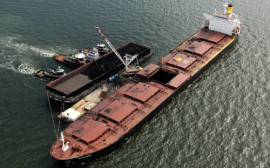