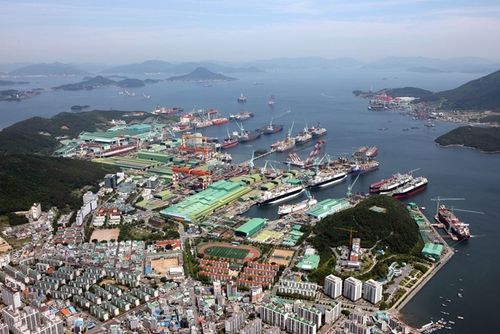 South Korean shipbuilders’ new orders in November fell to the lowest level in six years amid woes over their growing losses, while Chinese rivals scooped up a large slice of contracts, industry data showed Thursday.

In contrast, Chinese shipbuilders received 1.46 million CGTs worth of new orders last month, which accounted for some 80 percent of the total orders placed around the globe, the data showed.

Japan came in third with 50,000 CGTs worth of new orders last month.

As of end-November, China had the largest order backlog, totaling 39.64 million CGTs, trailed by South Korea with 31.12 million CGTs and Japan with 20.93 million CGTs, according to the data.

South Korean shipbuilders are struggling with huge losses stemming from the delivery of low-priced ships and a delay in the construction of offshore facilities such as drill ships.

The country’s big three shipbuilders — Hyundai Heavy, Daewoo Shipbuilding & Marine Engineering, and Samsung Heavy Industries — racked up a combined loss of 4.7 trillion won (US$4 billion) in the first half of 2015.