Scrubber uptake may gain pace on shippers’ move to decarbonize 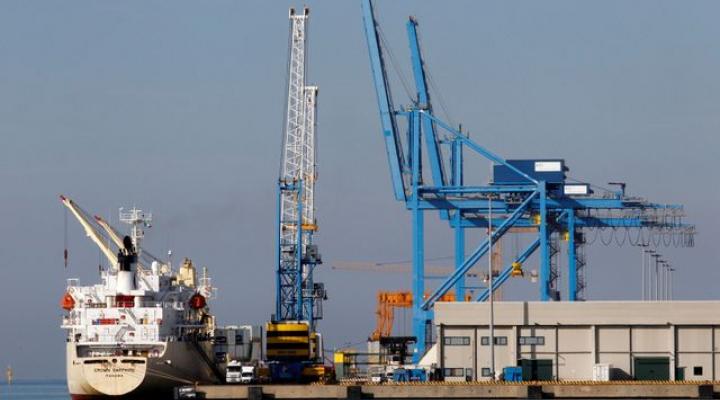 The use of exhaust gas cleaning systems, also known as scrubbers, on board vessels, is likely to get a leg-up as the global marine fuel sector works through potential solutions to decarbonize, industry sources said.

Vessel owners have increasingly been considering potentially feasible options and an investment outlay that may be required as the marine industry moves ahead in a bid to reduce greenhouse gas emissions from ships.

This was likely to give a boost to scrubber installations, even if as an interim measure till a clearer picture emerges within the ship refueling landscape on viable cleaner fuel choices.

Shipowners are likely to be better off in another five years or so in terms of options available among fuel choices to reduce carbon footprint, industry sources have said.

“It’s not the end solution, but can be a ‘plaster on the sore’ for the interim,” a Singapore-based shipowner said.

On a well-to-wake basis, EGCS-fitted vessels have a lower CO2 footprint than the most widely-used alternative fuel options of MGO and VLSFO, the Clean Shipping Alliance 2020 said in January.

More recently, Wartsila Exhaust Treatment, a part of technology company Wartsila, highlighted the potential for exhaust gas abatement systems to directly tackle maritime CO2 emissions in the near future, as technology advances and enables manufacturers to design and upgrade scrubbers to capture carbon at the point of exhaust.

“Building on the success of existing and well-proven technologies, such as scrubbers, will be vital to succeeding on the industry’s decarbonization goals,” Sigurd Jenssen, director, Exhaust Treatment at Wartsila, said in a statement.

Scrubber uptake is getting a boost globally with international shippers like Algoma Central Corporation, Seaspan Corporation and Maran Dry Management being among the recent players to have adopted scrubbers for their fleet.

On the same day, Seaspan Corp., a subsidiary of Atlas Corp, said it will acquire in the second quarter two scrubber-fitted containerships on long-term charter.

Seaspan will also take delivery of six scrubber-fitted containerships that are expected to be delivered between the second half of 2023 and mid-2024, the company said on March 30.

Meanwhile, Dutch scrubber manufacturer VDL AEC Maritime also said earlier in the week that it had installed 24 scrubbers on board the fleet of Athens-based shipowner Maran Dry Management Inc.

The recent spate of announcements by shippers to take the scrubber route could be a reflection of vessel owners currently not necessarily clear about what the best option is among fuel choices while attempting to reduce carbon footprint going forward, trade sources said.

It could also be an indication that some shipowners out there are not necessarily convinced that LNG is the ultimate answer, with many referring to it as a good transition fuel.

“Yes, if you’re concerned that [LNG] is producing as much [GHG] emission as any of the other existing marine fossil fuels,” an industry source said.

While it was apparently still early days for shipowners to make massive investment bets on which alternative cleaner fuel choice to make, the safest option for now also seemed to be the lowest cost option.

Major bunkering hubs like Singapore, Fujairah, Rotterdam and Panama have seen the Hi-5 spread, or the price difference between IMO-compliant low sulfur marine fuel and high sulfur fuel oil, widen to over $100/mt in the recent past.

This was encouraging for shipowners who have either installed or were planning to install scrubbers, a bunker supplier said adding: “we will see more scrubbers uptake going forward.”

In Singapore, the Hi-5 spread averaged $298.90/mt in January 2020 as the market transitioned to the IMO’s global lower sulfur mandate.

“Despite a much narrower than previously anticipated [Hi-5] spreads, around 1,300 new scrubbers were installed last year. The spreads have widened out a fair bit since late last year, so that could be an incentive, but a further growth also hinges on how IMO’s 2030 low carbon agenda takes shape,” S&P Global Platts Analytics senior analyst Alex Yap said.

“It is still an investment case to put a scrubber on board with a 5-10 year investment horizon. It’s got a pretty short payback,” another Singapore-based shipowner said.

HSFO was also readily available in the major bunkering hubs. But even small and mid-sized ports will eventually have to make HSFO readily available due to the growing adoption of scrubbers, another bunker supplier said.