Seadrill Drops to Record Low as It Warns of Shareholder Losses 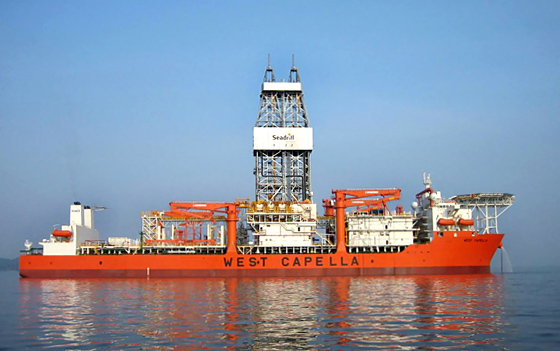 Seadrill Ltd., the offshore driller controlled by billionaire John Fredriksen, fell as much as 46 percent after warning its shareholders and bond investors they can expect steep losses in a debt restructuring process that was extended once again.

The stock pared losses to 36 percent at 8.94 kroner a share as of 10:04 a.m. in Oslo after dropping to 7.51 kroner a share earlier, the lowest level since the company listed in Oslo in 2005. More than 160 percent of the daily three-month average volume has traded so far. “We currently believe that a comprehensive restructuring plan will require a substantial impairment or conversion of our bonds, as well as impairment, losses or substantial dilution for other stakeholders,” Seadrill said in a statement. “The company currently expects that shareholders are likely to receive minimal recovery for their existing shares.”

Seadrill’s warning to shareholders and bondholders came as it announced an agreement with its banking group to extend a series of key dates, including the maturity on loans totaling $2.9 billion, pushing back a deadline for the restructuring plan to July 31 from the end of this month. Even so, a restructuring deal will likely include “schemes of arrangement or chapter 11 proceedings,” the company said.

Seadrill is in talks to restructure the heaviest debt-load in the industry, which became difficult to handle after oil prices started to tumble in 2014. With net interest-bearing debt of $8.9 billion at the end of 2016, the former top company of Fredriksen’s business empire has been particularly exposed as oil companies slashed spending, reducing demand for drilling services even as new rigs ordered during the boom years added to the oversupply.
Clearer Sign

While Seadrill has warned shareholders earlier that they are facing dilution in a restructuring deal, Tuesday’s statement is “an even clearer sign from the company that the value for existing shareholders will be lower than what is priced in the equity market,” Vidar Lyngvaer, an analyst at SpareBank 1 Markets said in a note to clients.

Fredriksen said in an interview last week that the company was closer to a restructuring agreement, but that it was a “big job” and that it would still require more time. Seadrill warned in its fourth-quarter earnings report at the end of February that it would be “challenging” to meet the April 30 deadline in the talks that involve more than 42 banks and span over several jurisdictions.

“We’re not surprised that they’re postponing again, and it just highlights how complicated these negotiations are,” Anders Bergland, an analyst at Clarksons Platou AS, said in a phone interview. “It takes a lot more time than you expect, and this is the most complicated restructuring ever in this industry.”

At the same time as Seadrill struggles to emerge from the restructuring process, Fredriksen has turned his sights to new opportunities in the rig market, raising $230 million for a new investment company, acquiring a floating rig under construction and an option for another at a significant discount to building prices. That may put more pressure on Seadrill stakeholders to reach a deal, Bergland said.

“There’s probably a signal here that ‘either we come to an agreement, or I’ll keep going alone,”’ the analyst said, referring to Fredriksen.