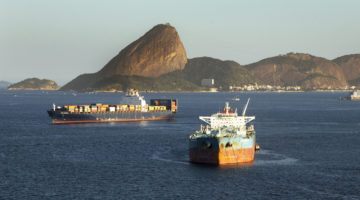 Sales of second-hand ships reached a 10-year high on cautious optimism that one of the shipping industry’s worst ever downturns is nearing an end.

An increase in cargo demand has helped revive confidence this year in a sector that is starting to emerge from a 10-year slump fueled by owners splurging on thousands of new ships.

“Second-hand purchases go up when optimism is thriving. 2017 has certainly been a year that has lent optimism a hand,” said Peter Sand, chief analyst at shipping industry group Bimco.

In 2018, the World Trade Organisation sees trade growth of up to 4 percent, which should boost cargo demand further.

“Confidence levels were significantly up in Asia, their highest level since May 2014. Confidence was also up in Europe,” according to a survey by accountancy firm Moore Stephens, published this week.

But Sand cautions that all is not well yet.

“The ongoing recovery in dry-cargo shipping is still in a fragile state. The return to permanent profitable freight rates is still way off,” he said.

Dry-bulk ships of 80,000 deadweight tonnes (DWT) are being offered on online trading platform Alibaba for $13-$14 million.

“The big issue is finance. It’s tougher than ever to raise bank debt,” Huxley said.

The volume of global ship finance loans fell to $50.3 billion in 189 transactions last year, compared with around $120 billion worth of loans for about 550 deals at the 2007 peak, according to advisory firm Dealogic.