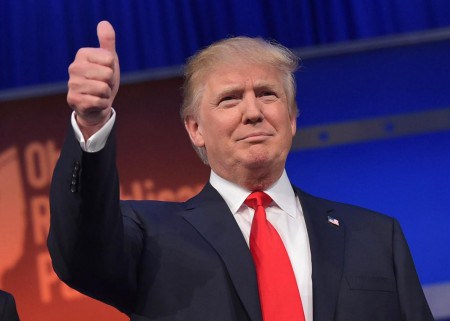 The election of Donald Trump is sending shock waves across the shipping industry, which fears the antitrade rhetoric that took center stage during the campaign will further hurt ship operators as they try to deal with the worst down-cycle in 30 years.

“There is little detail about Trump’s trade policy, but his overall protectionist, anti-globalization stance will likely hurt shipping—an industry that thrives on low trading barriers for goods,” said Basil Karatzas, a New York-based maritime ad adviser who works with the industry’s biggest names. “In the short term, the shock effect to the markets will likely lead to lower trading volumes at a time when shipping companies report earnings in bright red numbers.”

Mr. Trump has repeatedly criticized global trade deals such as the North American Free Trade Agreement and the Trans-Pacific Partnership, a trade agreement to lower or eliminate tariffs between the U.S. and 11 other countries, including Japan and Vietnam.

This doesn’t help the shipping industry at a time when global trade is forecast to grow by just 1.7% this year, marking the slowest pace since the 2008 financial crisis, according the World Trade Organization.

Container ships move more than 90% of U.S. exports and imports ranging from clothes and electronics to industrial equipment, food and furniture.

The world’s biggest operators are counting heavily on the U.S. to pull them out of the crisis, as growth prospects in the U.S. are stronger than in Europe and most of Asia.

“The U.S. is an important market for us, and a big influence across the world,” a spokesman for Maersk Line, the world’s biggest shipping company in terms of capacity, said. “It’s too early to speculate about how the election result will impact our business.”

Industry analysts say one concern is whether the new U.S. administration pushes protectionist policies, and if major trading partners such as China will do the same.

“The greater risk to shipping is if such an action causes a ripple effect of other countries taking similar action,” said Lars Jensen, chief executive of Copenhagen-based SeaIntelligence Consulting. “Over the medium to long term, that would adversely impact both shipping and port industries globally.”

China is the U.S.’s biggest trading partner, with total trade between the two countries amounting to $416 billion this year, according to U.S. government figures.

But some shipowners say Mr. Trump will not embark in any form of trade wars with any of the U.S. major trading partners.

“I don’t think anyone is canceling his Christmas present deliveries,” said Robert Bugbee, president of Scorpio Tankers Inc., the biggest U.S-listed refined products tanker company with a fleet of around 90 ships that move petroleum products such as gasoline, diesel and aviation fuel.

“Business is business and I don’t think Trump wants to be a one term president by upsetting world trade. Like all politicians he has a public negotiating posture and a private posture when he sits down with trading partners,” Mr. Bugbee said.

He added that Mr. Trump’s position to boost up oil drilling in the U.S. could prevent Arab countries from cutting production at the next Organization of the Petroleum Exporting Countries meeting in Vienna at the end of November