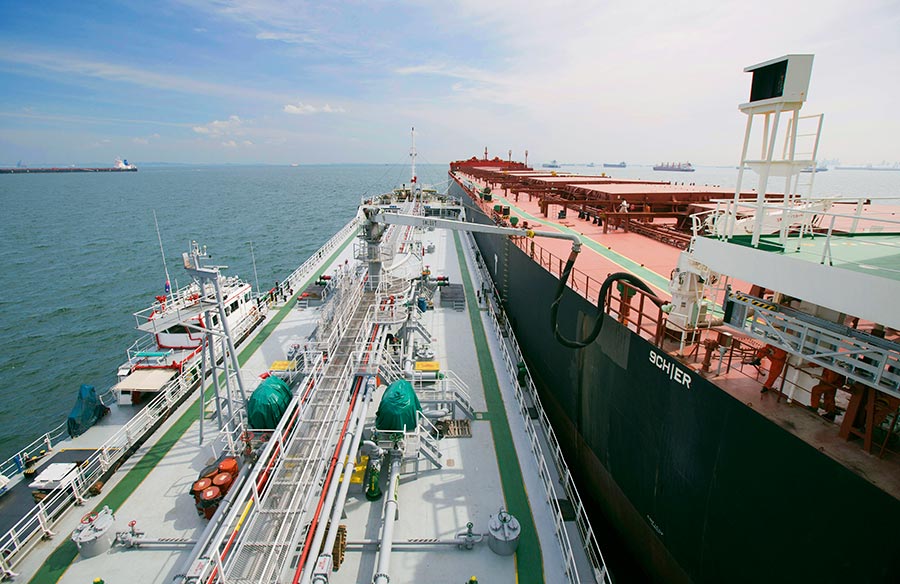 Marine fuel sales in Singapore, the largest bunkering hub in the world, rose by 10% month-on-month to a seven-month high of 4.12 million tonnes in July, latest data from the Maritime and Port Authority (MPA) of Singapore showed.

The uptick came amid a rise in vessel arrivals for bunkering, which climbed 8% month-on-month to 3,181 vessel calls in July. Bunker fuel prices were also lower in July versus June, amid softer upstream crude prices.

LSFO supplied to ships climbed by 7% month-on-month to 2.51 million tonnes in July, though the sales fell by 7% year-on-year.

Low-sulphur bunker fuel premiums were still elevated in the first half of July, at a time when cargo premiums rallied to record highs, before trending lower towards the end of the month.

Meanwhile, HSFO supplied to ships rose by 16% month-on-month to 1.27 million tonnes in July, and were 20% higher year-on-year.

Reflecting an uptick in demand, high-sulphur bunker fuel premiums have trended steady to slightly higher towards the end of July.

Sentiment around demand has been holding steady to firmer in August, with some bunker suppliers and traders reporting more buying inquiries as crude prices and low-sulphur bunker fuel premiums slid further, they said.