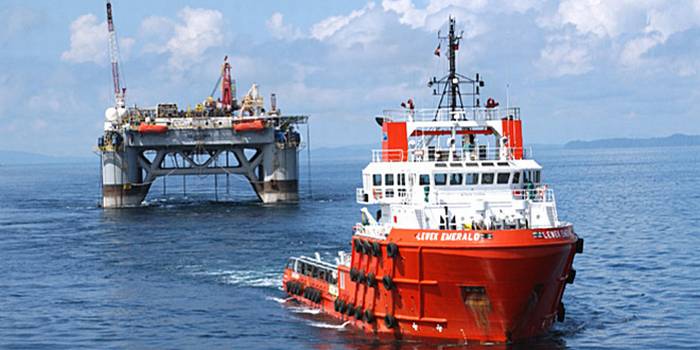 Offshore services firms in the Asian oil hub of Singapore are turning to higher-cost alternative funding avenues to offset a shortfall in bank-led financing, straining their liquidity that is already squeezed by weak oil prices, industry executives say.

The companies, which own offshore support vessels (OSVs) performing tasks such as towing rigs and constructing offshore oil fields, are seeking funds from the sale and leaseback of assets and from equity partners, among other ways, to build up cash balances or even stay afloat.

Charter rates and utilisation of the global OSV fleet have fallen about 20 percent this year, leaving ship owners, especially those that borrowed heavily to fuel fleet expansion, short of cash at a time when banks are cautious about lending to the sector because of its uncertain prospects.

Ezra Holdings, for instance, is seeking to sell and lease back its flagship construction vessel, Lewek Constellation, even after taking steps to reduce leverage this year, according to the company.

â€œPretty much any company in the offshore space is looking for where to raise capital, whether they need it, or whether they are just raising liquidity to make sure they have cash coming to the downturn,â€ said Tobias Backer, head of shipping and offshore at ICON Investments, an alternative finance provider.

Alternative financing could be fulfilling up to half of the capital needs of oil service firms now, versus just 5-10 percent when banks were actively lending a couple of years ago, Backer said. ICON counts Ezra, Pacific Radiance and Swiber Holdings among its clients.

Leverage at the oil services companies has risen. The median debt to equity ratio of 18 Singapore-listed OSV owners was up by about a third from a year earlier at 1.08 at the end of the second quarter, Thomson Reuters data showed.

Sale and leaseback deals give ship owners the desired leverage, albeit at a cost. The cost of funding through a sale and leaseback would be about three percentage points higher than a senior bank loan, bankers said.

â€œItâ€™s more costly, but the fact that you can get 100 percent cash back makes it attractive,â€ said Yeo Zhi Bin, analyst at brokerage CIMB.

The murky oil market outlook, though, has made some financiers wary of risks on such deals.

â€œIf the vessel doesnâ€™t offer employment, the operator has not much of track record, it is going to be hard to attract people to provide medium or long term financing,â€ said Gregg Johnston, partner at law firm Stephenson Harwood in Singapore.

[…] Informations on that Topic: shippingherald.com/singapore-oil-service-firms-tap-alternatives-to-scarce-bank-funding/ […]

[…] There you will find 35443 more Infos: shippingherald.com/singapore-oil-service-firms-tap-alternatives-to-scarce-bank-funding/ […]

[…] There you will find 72405 more Infos: shippingherald.com/singapore-oil-service-firms-tap-alternatives-to-scarce-bank-funding/ […]