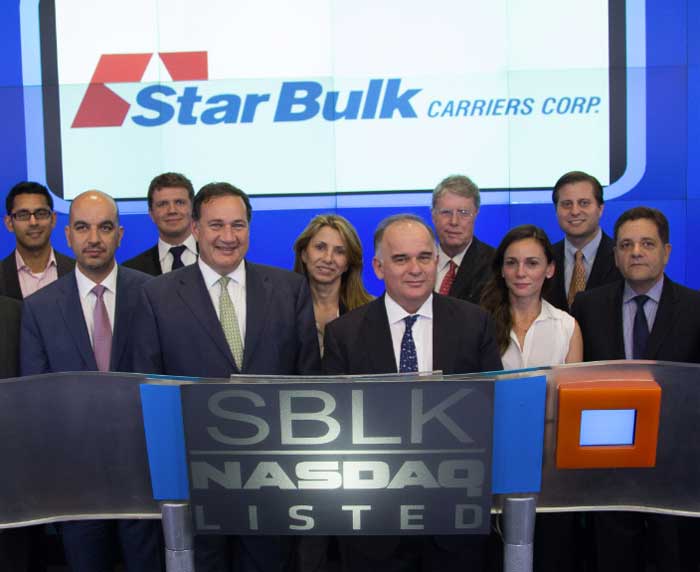 Star Bulk, a global shipping company focusing on transportation of dry bulk cargoes, announced that its Board of Directors has determined to effect a 1-for-5 reverse stock split of the Company’s common shares.

The reverse stock split will take effect, and the Company’s common shares will begin trading on a split-adjusted basis on the NASDAQ Global Select Market, as of the opening of trading on Monday, June 20, 2016. The Company’s common shares will trade under the new CUSIP number “Y8162K 204” when the reverse stock split becomes effective.

No fractional shares will be issued in connection with the reverse split of the issued and outstanding common shares. Shareholders who would otherwise hold a fractional share of the Company’s common shares will receive a cash payment in lieu thereof at a price equal to that fraction to which the shareholder would otherwise be entitled multiplied by the NASDAQ closing price of the common shares on June 17, 2016. Shareholders will receive instructions from their broker or from the Company’s exchange agent, American Stock Transfer & Trust Company, LLC, advising on the appropriate reverse stock split procedures.